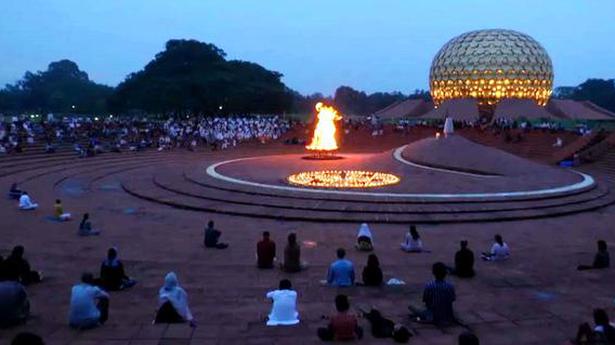 Auroville launched a one-year celebration of the 150th anniversary of Sri Aurobindo’s birth largely centered on the theme “Sri Aurobindo: a force in action (1872-2022)” with the traditional pre-dawn bonfire with participation reduced to the amphitheater near the Matrimandir.

Devotees gathered at Sri Aurobindo Ashram in Pondicherry to participate in the celebration of the 150th anniversary of Sri Aurobindo’s birth on August 15, 2021. | Photo credit: KUMAR SS

Since the morning, devotees have flocked to the Sri Aurobindo ashram where darshan was limited to the site of samadhi due to pandemic protocols.

Lieutenant Governor Tamilisai Soundararajan visited the ashram and offered prayers. “We organized thermal screening and hand disinfection for the faithful and advised individual rather than collective meditation. Sri Aurobindo’s room was not open to public darshan due to the COVID-19 protocol, ”a spokesperson said.

In Auroville, communion at the bonfire was followed by meditation and a mass invocation with Sri Aurobindo’s “Gayatri Mantra”.

A host of other events took place on the Bharat Nivas campus and at Savitri Bhavan starting at 10 a.m. occasionally.

How to stay motivated in times of uncertainty?