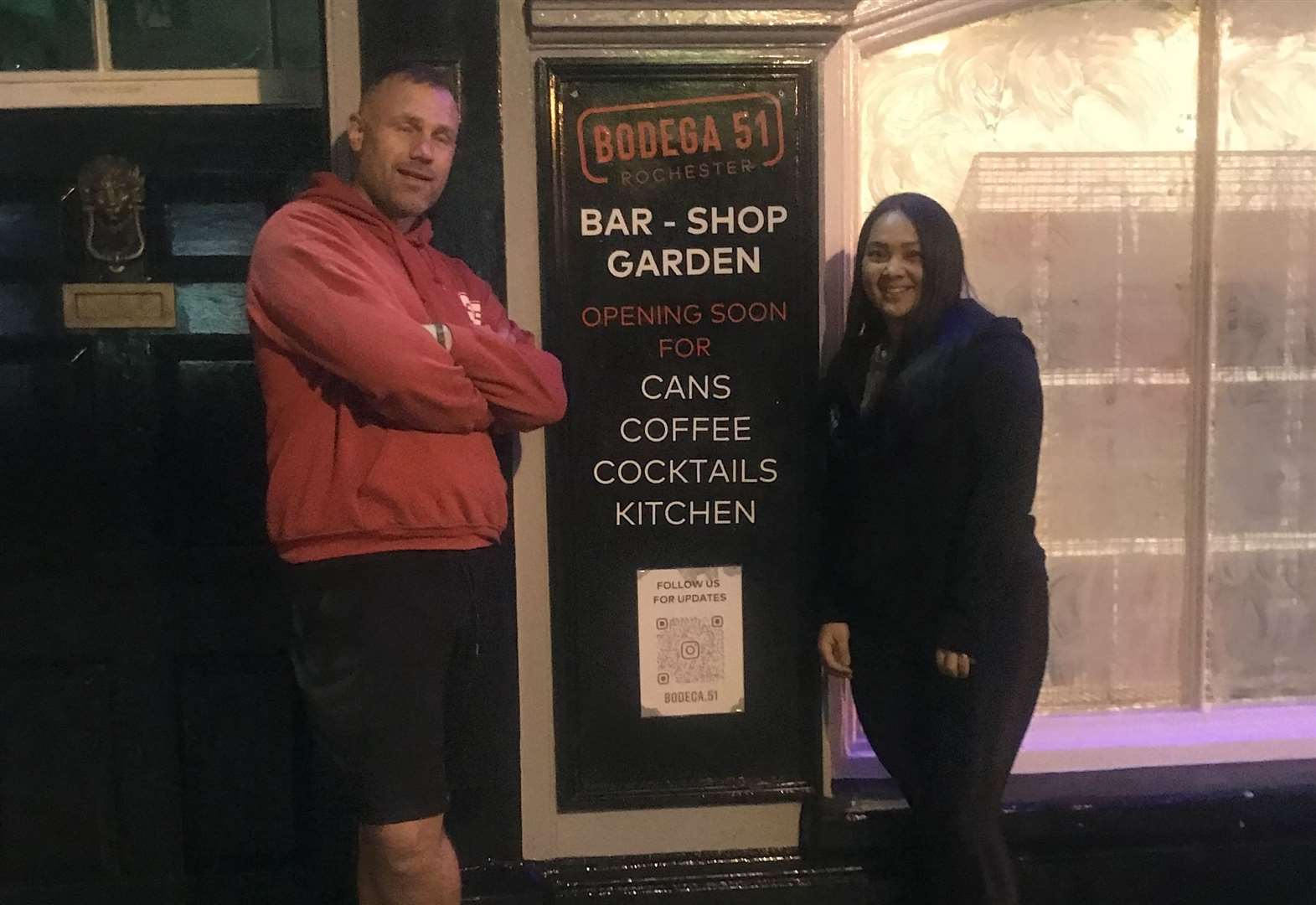 Bodega 51, bar, gym and cafe, will open in former Singapora and Moondance in Rochester High Street

Home away from home – that’s the message of versatile entrepreneur Kayea Shome who is about to open her new business.

The fitness instructor and accountant launches a bar, cafe and gym in Rochester High Street.

And the place has good memories for her because she lived there as a child when her parents ran the Singapora Lounge restaurant.

The 34-year-old and his partner Cliff Hitchings are currently revamping the Grade II listed building.

They hope to open it as Bodega 51 in the next few weeks, hopefully in time for Easter.

The couple, who both have full-time day jobs – Cliff, 40, is a scaffolder – work nights to get the place back in shape.

Kayea said: “I remember moving here when I was about two years old and thinking there were so many stairs.

“It’s an old place with lots of oddly shaped walls, but we’re getting used to it, to make it our own.”

The building, beneath the famous Sir Cloudesley Shovell clock in the historic part of town, is still owned by his parents David and Mei who run the Gordon House Hotel, just down the road.

It was let to tenants who ran a cocktail bar and a Moondance concert venue, who were financially victimized by the foreclosure.

The personal trainer also plans to open her studio, Necessity, Health and Fitness, in the basement where she will offer one-on-one training by appointment only.

Upstairs will be a cafe selling basic “street food” snacks and cans of soft and alcoholic drinks.

There is also a tucked away garden to the rear providing additional seating.

Kayea, who lives with Cliff in Rochester, said: “We want to make it flexible and see what works.”

They took over the property last October after it became vacant following the departure of the previous occupants.

Cliff said, “Rochester is very much alive right now. We want to make it a place where people can relax.”

Earlier this month, a micropub, the Wolfe and Castle, opened in what is known as the “goofy shop” across the street.

Owner Paul Dixon, a self-confessed geek, gave up his advertising job in London to pursue his dream.

He said of moving to Rochester last year: “I love the place and can’t wait to be part of the High Street community.”

all you need to know

4 of the most innovative spas in Arizona