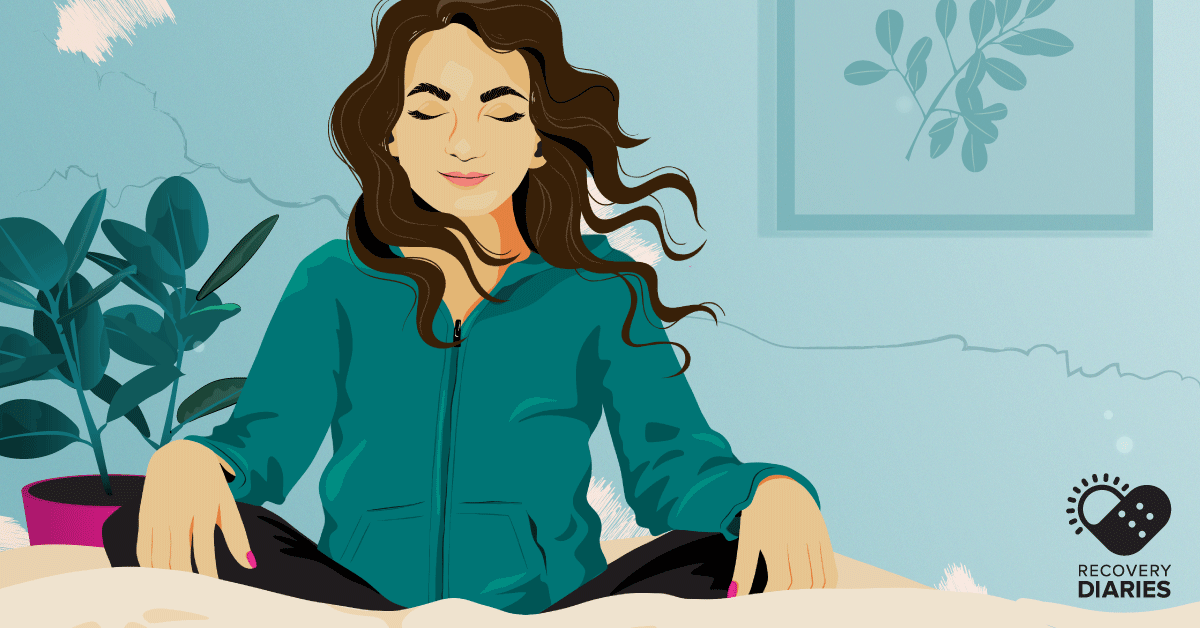 I started experimenting with alcohol at the age of 13. Unlike most teenagers who start with beer or wine, I got straight to the point: vodka. I was taking sips from my mother’s liquor cabinet, loving the feeling dizzy after a few sips.

When I was 14, my grandmother passed away. And the day before his funeral, I got drunk for the first time. I quickly realized that alcohol was an excellent numbing agent for the severe pain I was feeling.

Unfortunately, getting drunk to avoid difficult emotions became a pattern of behavior that lasted for the next two decades. My drunken antics ruined friendships, impacted my work, and at times made me wonder if life was worth living.

My body is a tapestry of scars from falls that I don’t remember.

In January 2017, I visited my doctor to talk about a bout of anxiety and insomnia. He asked me about my drinking, and I was honest – I drank regularly until I passed out and even had a few drinks before my date, because I was afraid of ‘face my feelings.

He suggested that I take a month off alcohol to see how I felt. I was exhausted and thought I had nothing to lose. I had no idea that this month would turn into another, then 6 months, a year and the rest of my life.

For me, sobriety means that I will never be able to drink alcohol again. Moderation and I never got to know each other. Once I started drinking it was a slippery slope to oblivion.

In 2019, I also gave up drugs containing codeine after recognizing that I had become too dependent on them to treat gynecological pain. I didn’t see codeine as a “problem” because it was prescribed. But I became more and more tolerant and dependent on her.

I recently had major surgery, and my pre- and post-op medications had to be changed so that I did not get any opioids.

I am fortunate that my medical team understood my situation and went out of their way to find alternatives, so that I could manage the pain without fear of relapse.

The most important thing I learned was that getting sober didn’t make me a perfect human. I’m still deeply flawed, but it’s okay. We are all a bit disturbed.

All of my friendships changed when I quit drinking. I was the only one in my immediate circle of friends who didn’t drink at first, and it was difficult.

In the UK, alcohol is an integral part of our culture. This is how we bond, celebrate and empathize. Every social function – from baby shower to funeral – is an alcohol-soaked event.

It was difficult to give up alcohol, because it was the longest relationship I had had – a constant in my life for 20 years. I was dropping an entire identity, and it was terrifying, because I didn’t know who I was without drinking.

During the first year of abstinence, I isolated myself socially because I couldn’t be around people who were drinking. I didn’t “come out” sober until I celebrated a year without alcohol. I wanted to make sure I was comfortable sharing with the people I loved and then telling my old drinking buddies that I was abstaining now.

I naively thought that my decision to quit drinking was something I only needed to do once. But the decision to stay sober is a decision I make every day. Each day I choose the best possible version of life – one with pain, yes, but also one with a lot of joy and love.

Being able to feel all of your emotions is actually pretty awesome.

Early sobriety can be pretty lonely, but finding other sober people was a lot easier than I thought. Through social media, I connected with local and international people who had very similar stories to me and who spoke my language.

It’s so refreshing to talk to people in recovery who “get it”. We have our own jargon and there is a lack of judgment when making friends within the recovery community.

We celebrate not only the milestones, but also the days when you do something you never thought possible, like buying a bottle of wine for a friend and not drinking it yourself.

I tried Alcoholics Anonymous (AA) because I know it has helped and saved so many people. But it just wasn’t for me. I work better with solutions based on science and research than with those based on spirituality.

I found myself drawn to Cognitive Behavioral Therapy (CBT) approaches for my addiction. Combined with mindfulness meditation, it has helped me control my emotions and learn new mechanisms for coping with triggers.

You are going to feel worse before you feel better. Early sobriety is like walking around with all your nerve endings exposed, and you won’t be able to fix it with a drink. So be ready to feel all your feelings.

Buckle up – it’s going to be a wild ride.

Catherine Renton is a UK based freelance writer for Elle, Vogue, Cosmopolitan, Refinery29 and others. She specializes in content around health, sobriety, relationships and culture.

Juri Commons gets an upgrade, but some find it falls flat