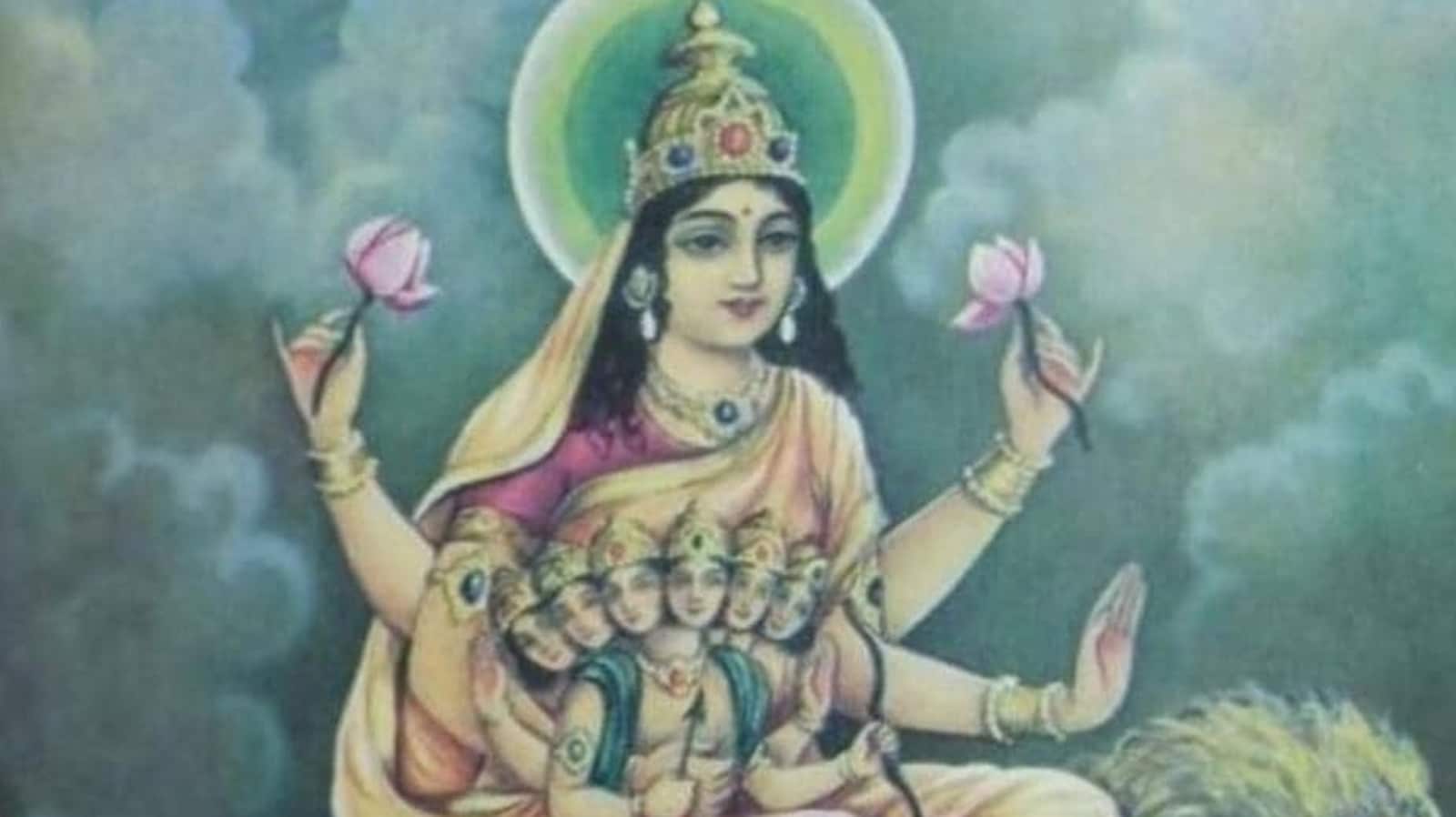 Chaitra Navratri 2022 Day 5: Goddess Skanda Mata is worshiped on the fifth day of Navratri. Avatar of Maa Durga, Skanda Mata is the embodiment of motherly love and blesses her devotees with power, prosperity and intelligence. Skanda means Lord Kartikeya and Mata means mother which translates to Lord Kartikeya’s mother. The goddess rides a lion and carries a lotus flower, a bell, the baby Kartikeya in her various hands while keeping one hand in Abhaya Mudra to bless her devotees. (Also read: Chaitra Navratri Fasting Rules 2022: Dos and Don’ts You Need to Remember)

White is considered an auspicious color to wear on the fifth day of Navratri. It symbolizes purity, peace and meditation.

During the nine days of Navratri nine different avatars of Maa Durga are worshiped including Shailaputri, Brahmacharini, Chandraganta, Kushmanda, Skanda Mata, Katyayani, Kalaratri, Mahagauri and Siddhidatri. This year, Navratri is observed from April 2 to April 11.

According to legend, the demon Tarakasur was blessed by Lord Brahma that he could only be killed by Lord Shiva’s son. After the demon started tormenting people on earth, the gods decided to urge Lord Shiva and Devi Parvati to get married so that their child could end Tarakasur. Lord Kartikeya, son of Shiva and Parvati, finally put an end to Tarkasur and peace was restored to earth.

To worship Skanda Mata, place the image or idol on the goddess on a chauki or shrine and purify it with Gangajal. Perform puja and offer Gandham, Pushpam, Deepam, Sugandham and Naivedyam. Offer her a banana or any other fruit and also offer six cardamoms to the goddess during the puja. Distribute it as prasad later.