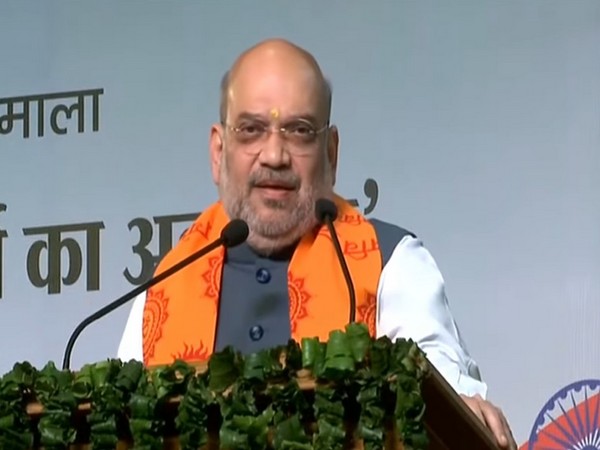 Union Home Secretary Amit Shah said on Saturday that chanting Gayatri Mantra changes people’s lives while adding that prudence, honesty, responsibility and bravery should be seen as an integral part of life.

Addressing the event, Shah said, â€œChanting Veda Samvat of Gayatri Mantra changes people’s lives. In Sanatan Dharma, many mysteries of physiology and nature have been mentioned in a very simple way. When I was four years old, my grandfather taught me the Gayatri Mantra. I started chanting Gayatri Mantra from childhood. Compassion and good thinking are fundamental feelings in human life. Prudence, honesty, responsibility and bravery should be seen as an integral part of life.

The Union Home Minister said that a divine atmosphere was created in Shantikunj in Haridwar by chanting Gayatri Mantra millions of times. He said it gives energy and awareness and increases the person’s joy and enthusiasm.

Shah said that Pandit Shri Ram Sharma Acharya spread the Gayatri Mantra all over the world. â€œIt has brought about a change in the lives of millions of people,â€ he said.

â€œThis year is not only the Golden Jubilee year of Gayatri Teerth Shantikunj, but it is also the Amrit Mahotsav of the country’s independence. I use the word country’s independence very thoughtfully. There is a misconception in the minds of some that the country is reaching its 75th birthday. Our country is eternal, beyond all calculation. But after being politically free from British slavery, the country is now completing its 75 years, for which we celebrate Amrit Mahotsav, â€he added.

(With entries from ANI)

Disclaimer: This article was posted automatically from an agency feed without any text changes and has not been reviewed by an editor