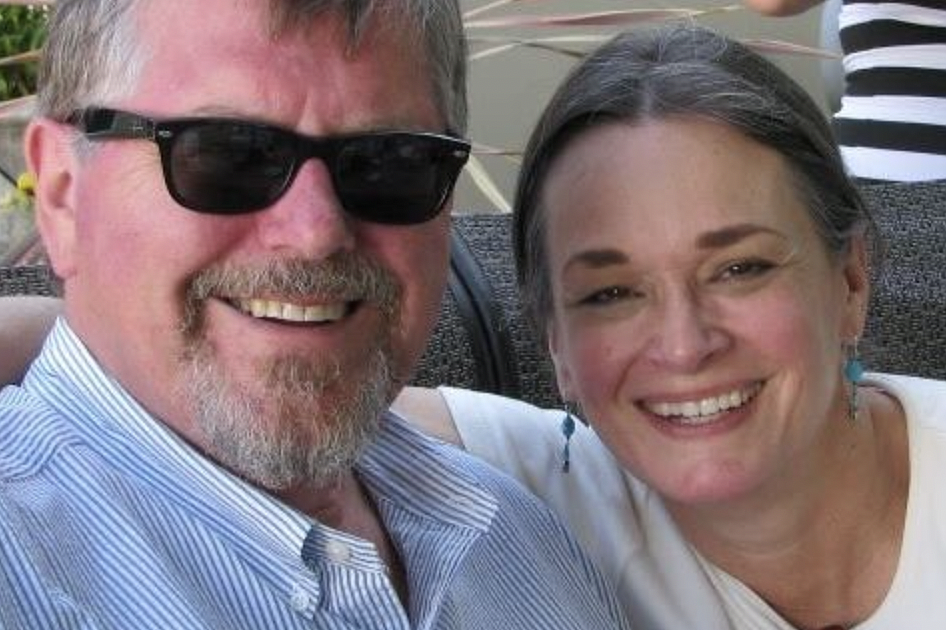 It’s an impossible task to distill someone you love down to the word count that the standard obituary adheres to.

It is not enough to say that he was a good father. A devoted husband. A man of impeccable taste with the heart of an artist. A big hair. A vicious mind. A devout Christian. A 70s punk in a business suit. Self-mockery at a fault. The list goes on, but any descriptor splits what it means to those lucky enough to call it family.

I can’t get past, “my father is dead. I am so sad.” Each time I utter these words, the inadequacy of the statement amplifies my grief. Yet, I continue my attempts. Each time failing to find the words to express the true nature of this grief in which I am sitting.

My father is dead. I am so sad.

It is the heartbreak of a daughter who was blessed (providence in dad’s words) to be nurtured into adulthood by the rays of her father’s unconditional love. Who learned what it meant to love your creator without being afraid of the world. “The main purpose of man is to glorify God and to enjoy him forever.” Edward taught this mantra to his children and encouraged us to drink deeply from what touched us. He believed that God wants his creation to achieve without fear what each of us was made to do. That when you pursue that which satisfies the spirit, you glorify God.

Edward was an endless source of support and encouragement. To be practical with your dreams was to diminish your potential. And so he encouraged us to snowboard and travel the world, to build guitars, to write, to start bands, to perform, to play football, to stretch the canvas, to throw pottery, to sculpt printing blocks and doing anything for the glory of God. We all know that we have always had a safe space in which to fail. If our dreams shattered or changed, we could always come home. Our father took the sting of failure, and as a result, he raised nine children fearlessly chasing even their wildest dreams.

Dad’s health had declined over the past few years. During those times when his tether to this world seemed too frayed to keep him here any longer, I wondered if it was better to let my heart break a little at a time so it hurt less when his cord snapped. finally and sent it whirling to a place I couldn’t reach.

The day before dad died, mom told me that it wasn’t the right frame. Be with the people you love today. Don’t talk like they’re dead while they’re still gulping air next to you.

She’s right. Why steal those moments of transcendence with the ones you both love? Paradise envelops mortals between seconds, where time does not exist. Just the sweet burn of the relationship. No past, no future, no desire. Just a single flower of love to escape.

Three books on the dashboard topped with a Stanford baseball cap.

Sitting behind the driver’s seat shivering because he liked to keep all the windows down in the dead of winter. Dad’s insistence that you couldn’t really feel the cold when you had a rush of cool wind in your face.

Fierce debates in the living room on politics and religion interrupted by a joke.

Fall asleep in front of the fireplace to the sound of his voice while reading George MacDonald’s Phantastes to his children.

Gathering around the family dinner table to share new music with each other.

Waking up in the back of the family 12 on a long road trip to listen to him and his mother quietly daydreaming together to the low whisper of NPR. Their fingers intertwined, resting on the center console. Mom laughs softly. Her face turned to his, watching him gaze down the road.

A request for a tall glass filled to the brim with ice and Diet Pepsi.

So many phone calls and emails and texts where he patiently counseled me when I was too bewildered by indecision to move on in life. Soothe my anxiety with the “little girl” coo.

Watch mom and dad slow dance to Van Morrison in the kitchen. His eyes closed as he held her close to his body. Her head resting on his shoulder.

My private plan to deceive grief finally resulted in a cruel trick I played on myself. A naive attempt to control the impact of the loss.

“Likewise, the Spirit helps us in our weakness. For we don’t know what to pray for as we should, but the Spirit himself intercedes for us with groans too deep to express. —Romans 8:26

Maybe the reason every attempt to quantify exactly what made Dad so special ends up failing is that I’m trying to express a pain that’s too deep for words to capture. I could list all the platitudes that every human has ever uttered throughout time and still I would be unable to bridge the chasm that death creates between the living and the great loves they have lost.

The Cheerful Encourager. The eternal student. The man who deeply loved his God, his wife and his children. In this order.

So this is it. A woefully incomplete and insufficient attempt by one of Ed’s children to describe exactly what made him so wonderful.

My father is dead. I am so sad. I can’t wait to see him again.