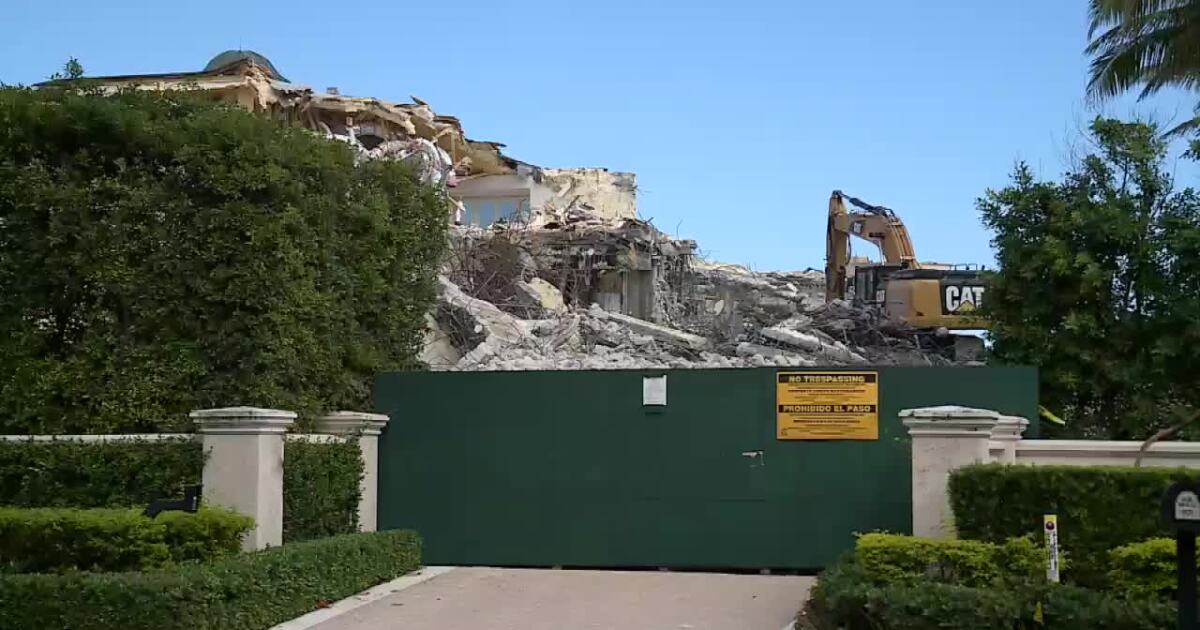 Now, the three-story, 35,000+ square foot oceanfront mansion is being torn down – likely to make way for another, even bigger mansion.

The opulent estate, which was built in 2016, was razed Wednesday after a notice to begin demolition of the property was recently filed with the Palm Beach County Clerk’s Office.

According to the Palm Beach Daily News, the demolition is billed as the costliest dismantling in the city’s history.

Some residents angered by demolition told the Daily Beast that leveling is a “complete rubbish” and an eyesore after years of construction, renovations and now this.

The Palm Beach Daily News reported that Lauder also owns a vacant parcel of land next to the property through another LLC.