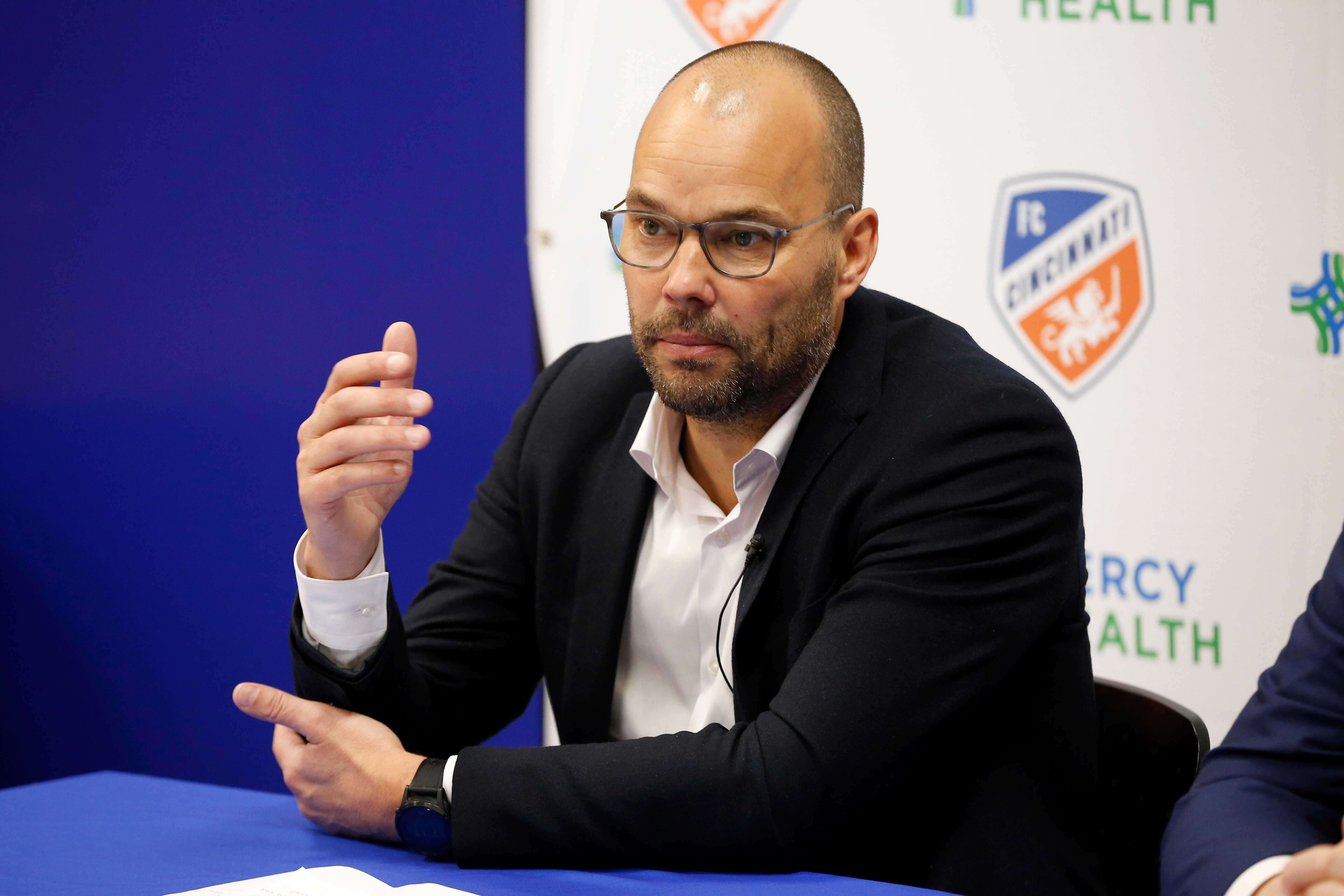 FC Cincinnati announced today that the club and general manager Gerard Nijkamp have separated with immediate effect. The club will immediately begin the search for a permanent successor.

â€œI would like to thank GÃ©rard for his commitment and dedication to FC Cincinnati. Gerard has been a key leader in the development of our project – opening the TQL Stadium, improving the roster, developing Academy players to the first team and building a larger football infrastructure that positions us for success. in the future, â€said FC Cincinnati President Jeff Berding. â€œWe sincerely appreciate GÃ©rard’s efforts over the past two years and respect his decision to return to his family in Europe. We wish him and his family good luck for the future. With a significant chunk of the season remaining, our goal is to improve our game on the pitch and earn a playoff berth. Our search for Gerard’s successor will begin immediately and will focus on identifying the leader who best matches our ambition to win a Major League Soccer championship.

â€œI’m proud of the foundation we have here and all the hard work everyone has put into it,â€ said Nijkamp. â€œI will always be grateful to the ownership and leadership for the chance to serve this club. Although this has been an exciting opportunity, I have decided to pursue positions closer to my family. I wish the team the best for the future.

FC Cincinnati is a professional football team that plays in Major League Soccer, having entered the league as the 24th team in 2019. The club’s large and diverse ownership group is led by controlling owner Carl H. Lindner III , as well as owner managers Meg Whitman. , Scott Farmer and George Joseph. Originally founded in 2015 by Lindner III and current chairman Jeff Berding, FCC played in the United Soccer League (USL) Second Division from 2016 to 2018 before moving to MLS.

TQL Stadium, home of FC Cincinnati, is one of the most ambitious soccer stadiums not only in North America, but also in the world. Critically acclaimed global design company Populous has designed an innovative and forward-thinking stadium that is one of the largest football-specific facilities in Major League Soccer (MLS). The privately funded $ 250 million stadium has a capacity of 26,000, with the closest seats located within 15 feet of the pitch. The design includes 53 traditional suites and 4,500 premium seats spread across four premium club areas. In addition, the team’s famous fan section, The Bailey, will number over 3,100 men and dominate opponents at a 34-degree angle at the north end of the stadium. A 360-degree canopy roof covers every seat in the stadium, while still allowing enough sunlight to grow a natural grass pitch. The stadium has five team locker rooms, including a full suite for FC Cincinnati which includes a locker room, coaching offices, lounge, equipment storage and the Mercy Health Center of Excellence for medical and nursing needs. team fitness on match day. The TQL Stadium meets all the current requirements to host CONCACAF and FIFA events, featuring top national teams from around the world, including the US men’s and women’s national teams, as well as top teams of clubs around the world for friendly matches. More information about the stadium is available on Twitter, Instagram and Facebook, or visit the stadium website: TQLStadium.com.