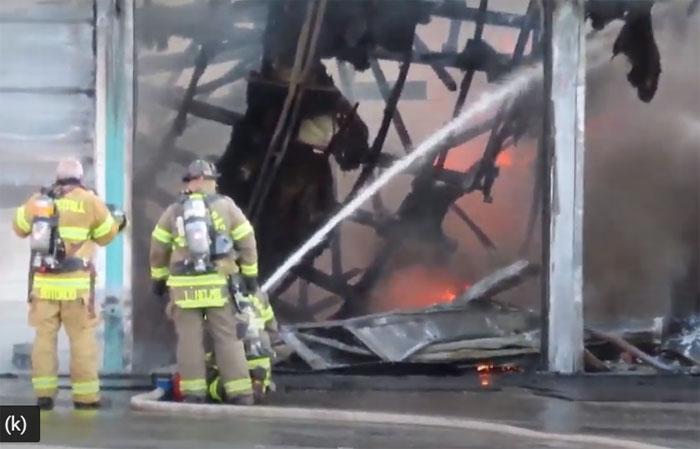 According to Westfall Fire Department Chief Fred Jacobs, their 39-1 engine arrived on scene less than two minutes after dispatch and reported a rapidly progressing fire. A supply line was immediately laid from a nearby fire hydrant and fire suppression began with two main streams used to put out most of the fire in approximately 10-15 minutes. Several other departments and units quickly arrived and assisted in the extinguishment and overhaul of the fires.

Jacobs credited units working together on both sides of the Pennsylvania and New York sides of the Delaware River for quickly extinguishing the fire and completing the overhaul process, all within about two hours.

Jacobs noted that, like all fires in Westfall Township, the blaze is being investigated by local and state officials, including Pennsylvania State Police and a fire marshal.

The cause was not immediately reported.