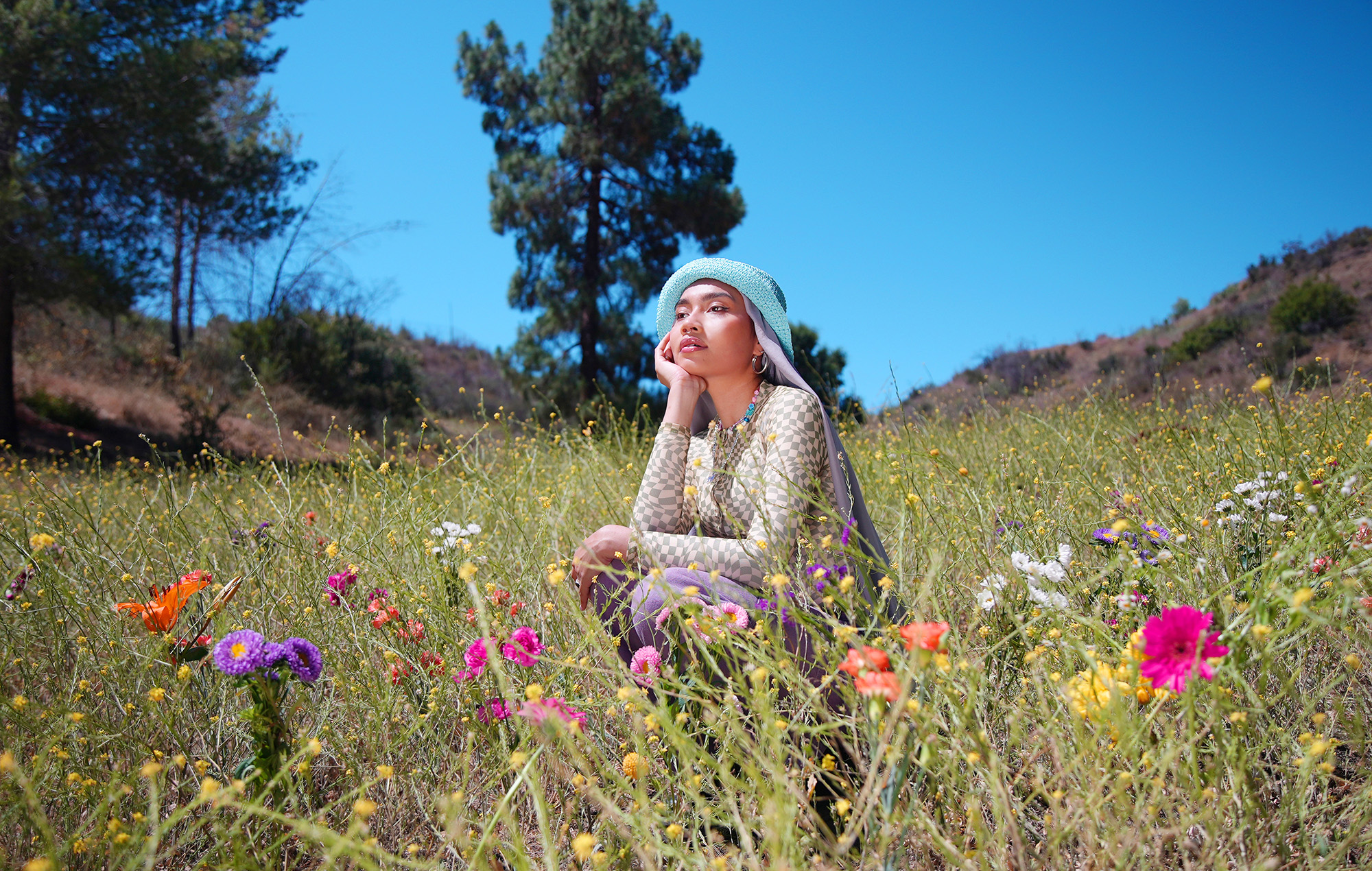 IIt’s 9 a.m. in Los Angeles. Bright eyes, fresh face, headphones on her head, Yuna beams into the Zoom window from her living room. In the background, a soft light penetrates through high windows; her husband Adam Sinclair, filmmaker and frequent collaborator, moves in and out of frame; occasionally their two cats Cody and Shiloh trip over his streaming setup.

This is where Yuna composed the music for ‘Y5’, her fifth full album which finally arrived last Friday. Finally, because the record was released in five stages throughout the year: the four-track “Y1” arrived in March, followed by “Y2”, “Y3” and “Y4” in May, July and September respectively. . “It was like that for me when I started on Myspace,” says Yuna. “It’s like it’s come full circle – I’d record three songs, drop it the next month, bite it.”

She may have started doing indie chamber pop, but Yunalis Zara’ai has been turning up the volume ever since. In Malaysia, and now on the world stage, Yuna has established herself as a force to be reckoned with. To date, she is one of the few Malaysian musicians to have successfully crossed over to the United States. in recording deals with New York-based FADER Label in 2011 and later with Verve Music Group, she released a host of critically acclaimed albums and collaborations with Pharrell Williams, Tyler, the Creator and Usher.

Released in five mini-projects instead of committing to the conventional album cycle, complete with singles, ‘Y5’ is a bit off. But it’s Yuna’s first outing as an independent artist in 10 years, and a girl’s gotta have fun. “It keeps me on my toes. It’s like, here we go again! every two months,” she laughs. “I was so spoiled as a signed artist – I didn’t know how much time in the studio was – and it was a learning curve, but I like to be more hands-on now, even with the business side of things. .”

And on the artistic side of the coin, Yuna taught herself how to produce. “There is something very stimulating in all this: recording, mixing by myself”, she remarks. “Music is mine now. I own it, and besides, I wrote everything. I even recorded some of them at home, in my safe space, with people I love, with my cats. I feel like that’s all I need.

‘O5′, in Yuna’s words, is a “fluid, free-falling” record – a description that resonates with the paradigm shifting circumstances from which it arose. In March 2020, what started out as an innocuous work trip turned into a year-and-a-half stay in Malaysia under lockdown at the height of the COVID-19 pandemic. Yuna had to sit with the pain of her grandmother’s passing and the grief of losing her cousin and niece to the coronavirus – three staggering losses in almost as many years.

The unscheduled leave allowed him to take a break. Finally, she got rid of the pressures she no longer wanted to bear. “Coming back to LA, to music, was a challenge for me,” she admits. “I didn’t want to be like, this is how it should sound, this is how it should sound.” The result of intense soul-searching, “Y5” exudes a lively, expansive warmth through sweet melodies and soft, tender lyricism about love and loss, catharsis, metamorphosis and femininity. It’s telling – and “by design”, says Yuna – that ‘Y5’ has no guests, especially after their fourth album ‘Rouge’ which enlisted the likes of Little Simz, Masego, Jay Park and many more. ‘others. This time, the spotlight is on you.

“HelloYuna starts the record,I waited for you”. The opening track ‘Hello’ could be read as a warm welcome to the album, but in the wake of the departures of loved ones, it’s actually a meditation on death and what comes after:”If I leave, don’t let the tears become you, I only left in the next room.” Discreet but by no means clear, “Hello” is an anticipation of eternity, a refuge from grief. “It’s my most personal project to date,” says Yuna, but even though it’s the darkest, most intimate, there’s a spark to the record. “I love all my albums, but ‘Y5’ has a very raw beauty,” she laughs. “She’s cute, she’s fun, she’s got personality.”

‘Y5′ is imbued with subtly inventive touches: the choral shimmer that closes ’24 Hours’, the warm bass counterattack of ‘Don’t Wanna Know’ and ‘Risk It All’, the reverb sparkle on ‘ Fool 4 U’. On ‘Cigarette’,”the road seems endless», while Yuna wonders if she is «made to last” amid relentless concessions from the music industry; on ‘Make Believe’, she is “kneeling”, “devoted to the essentials”.

“Pantone 17 13 30” is a soft-spoken, multi-layered manifesto: a celebration of “the color of my skin”, a mantra of healing benevolence. It’s the sound of a Malay woman acknowledging and reclaiming her beauty, both deep and inner, in a society that has long favored fair complexions. What’s touching is – intertwined with the airy, confident beauty of the accompanying video, filmed by her husband – a visual of Yuna’s hands outstretched, as if to say: this is my experience. Maybe it’s yours too.

Like everyone else, Yuna brings art to life from her experience. But hers, as a Malay Muslim woman constantly oscillating between her adopted city and her country of origin, is a singular expression. In Malaysia, where more than 60% of the 33 million inhabitants are Muslim, believers practice conservative to moderate Islam; the choice to wear the headscarf is personal but tinged with religious obligation and societal pressure. Yuna has become something of a fashion icon and poster boy for “hijabsters” in the United States – attending New York Fashion Week as a guest of Coach, appearing on the cover of Harper’s Bazaar and vogue – but she’s still an unwitting lightning rod for Malaysian keyboard warriors who are very into what she should and shouldn’t be doing. On Facebook, Instagram and the Malaysian tabloids, Yuna’s criticism is a constant: “Please cover your aura», « she is no longer anchored in her religion », and « Yuna is colonized ».

“All year, every day, I get comments about the way I dress, about me not being a good role model as a Muslim woman. I’m like, guys, are we still talking about this? I am way beyond that,” she says wearily. “I understand now that it’s more a reflection of them than me. If I cared, I would have quit years and years ago – but I love music. It’s my life, and I can’t believe I can do this for a living.

Aerial tenacity wears ‘Girl U Used 2 Know’: “Aku rasa kau memang langsung tak pernah cintakan aku / Apa yang lahir dari kau bukanlah cinta, tapi kuasa.” (“I feel like you never loved me / What springs from you is not love, but power.“) Words – “I know you will look in my Stories” and “Make up / Change clothes / Strike a pose / No, I’m not the girl you knew– read as a post-breakup kiss, but it also feels like a clapback to the comments, a nod to his “complex” relationship with the house.

“I know I have a lot of support at home. I see it in the numbers, on my Apple or Spotify; most parts still come out of Kuala Lumpur. My city,” she says.

“It is out of the question that I will ever return to Malaysia. I sometimes read what people say about me, that I have lupa daratan [forgotten my homeland]- but that’s not true, that’s far from the truth. I love Malaysia. It’s always at home.