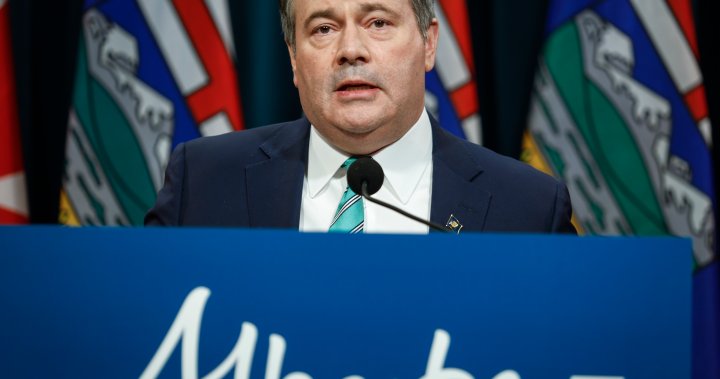 “Many of us – as physicians – believe that if you don’t get vaccinated and risk infecting the patients in your care, not only is that unethical, but it’s immoral,” Talbot said Monday. “And so, for the minister (of health) to reverse Alberta Health Services’ own decision — I’m in disbelief.”

The draft guidance states that AHS workers hired after Nov. 30, 2021 must be fully immunized against COVID-19, and that AHS “may introduce temporary testing of workers for COVID-19 if necessary” to reduce transmission.

Alberta Health Services can choose the “specific terms and conditions” of implementing the guideline, it says, but the health authority must report on its compliance if Copping asks.

Minister Copping and Alberta Health Services have not yet responded to requests for comment.

“It just doesn’t make sense to me”

In August, AHS announced that it would require all employees and contracted vendors, including workers at AHS subsidiaries such as Capital Care and Alberta Precision Laboratories, to be fully vaccinated against COVID-19. The original vaccination deadline was October 31, but the health authority eventually extended that deadline to December 13.

Less than two weeks after the mandate took effect, and as Omicron cases began to rise in Alberta, the provincial government relaxed its approach. He ordered AHS to give all unvaccinated doctors and staff the opportunity to undergo temporary and frequent COVID-19 testing, at the expense of the worker.

In a Dec. 23 press release, the government said the move would allow around 1,400 full-time and part-time employees who had been placed on unpaid leave to return to work. The vaccination mandate will be reviewed by the end of March 2022, according to the statement.

Infectious disease specialist Dr Lynora Saxinger said she believes ending the vaccination mandate, at this point in the pandemic, would represent “a very, very distant position among healthcare organizations – in the whole world”.

“I would like to see transparent disclosure of the evidence behind this decision, because we’re talking about very vulnerable populations in the health care setting,” Saxinger said.

“I’m really worried,” she said. “It just doesn’t make sense to me.”

On Saturday, Premier Jason Kenney announced the province was moving to Stage 2 of its pandemic reopening plan on Tuesday.

As part of this stage of the plan, the provincial mask mandate will be lifted, except in high-risk settings, such as facilities operated and contracted by AHS, all continuing care facilities and public transportation. All pandemic restrictions for schools will also be lifted and all capacity restrictions for all places, public and personal, will be removed.

On Monday, Alberta Health reported 14 more deaths from COVID-19 as it released three days of data. Since the start of the pandemic, 3,912 people have died.

Building the Valley: Health and wellness on the menu at Sincerely Yoga and Massage in Tarentum