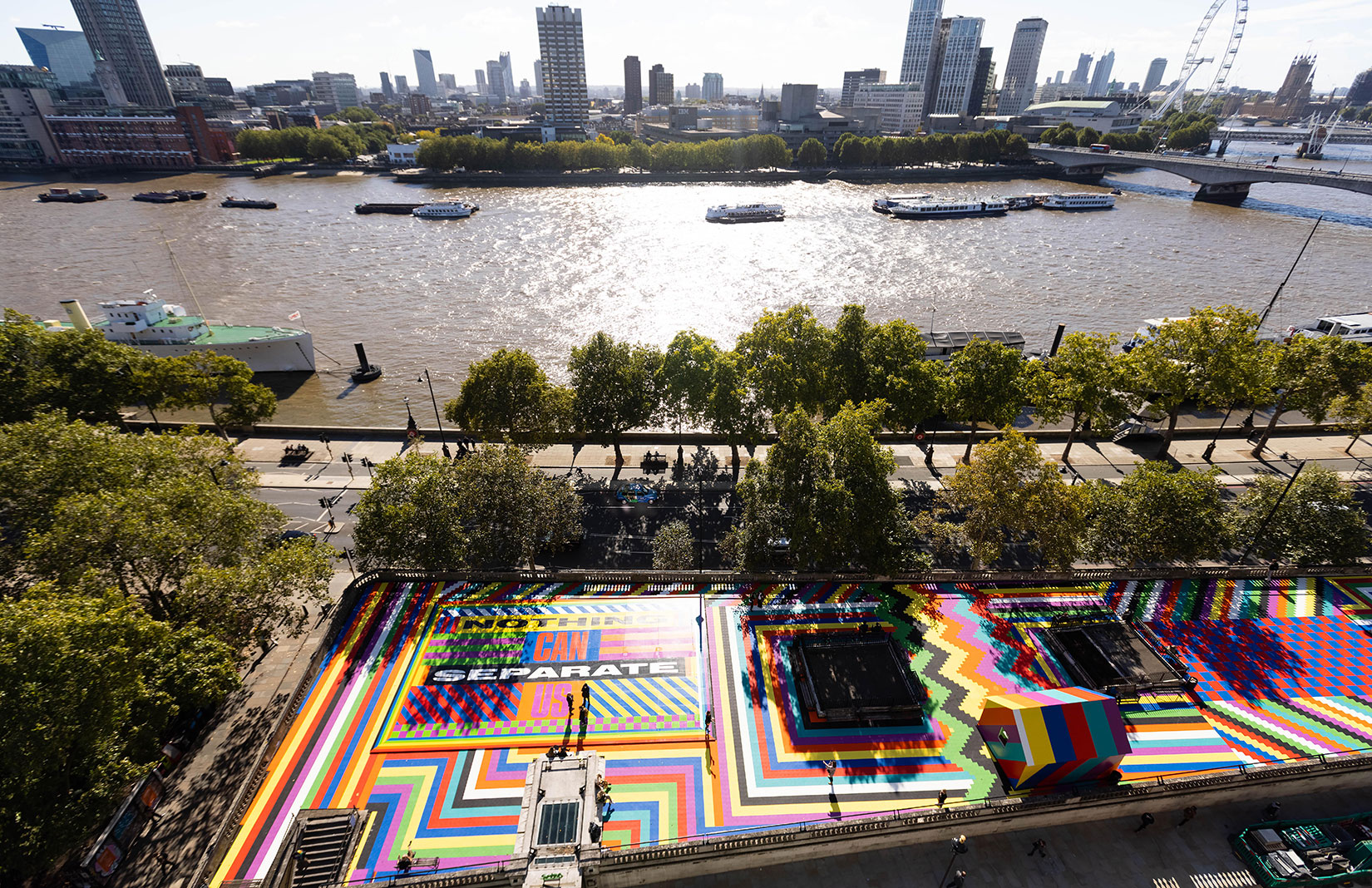 Temple Station rooftop terrace underwent a kaleidoscopic transformation thanks to a London-based artist Lakwena maciver, which transformed the dull concrete space into an immersive work of art that evokes the power of “positive dynamism”.

Entitled, Back in the air: a meditation on higher ground, the giant mural features colorful interlocking tiles to create paths and patterns inspired by Lakwena Maciver’s Ugandan heritage. The mantra “Nothing Can Separate Us” expresses its uplifting message of connectivity and social responsibility.

“They say the Garden of Eden was the first temple – the story goes that we were kicked out of the garden, and since then we have longed to find our way back.” said the artist.

“This idea of ​​an unconscious desire for paradise contrasts sharply with the highly colonized concrete environment that now surrounds Temple Station. Yet this is what has become the driving force behind this public intervention.

Passers-by can follow the lines of the artwork, absorbing the sense of positivity and playfulness permeated by its paths. A replica of one of the iconic taxi drivers’ huts, which dot the north shore, was also dazzled, encouraging visitors to see the architectural surroundings with fresh eyes …

On display until April 30, 2022, Back in the air is the first installation at The Artist’s Garden – a collaborative project of The CoLab Temple, 180 Studios and Vigo Gallery.

You be the judge: “Can I ask my tenant to stop training on the porch?” “| Friendship