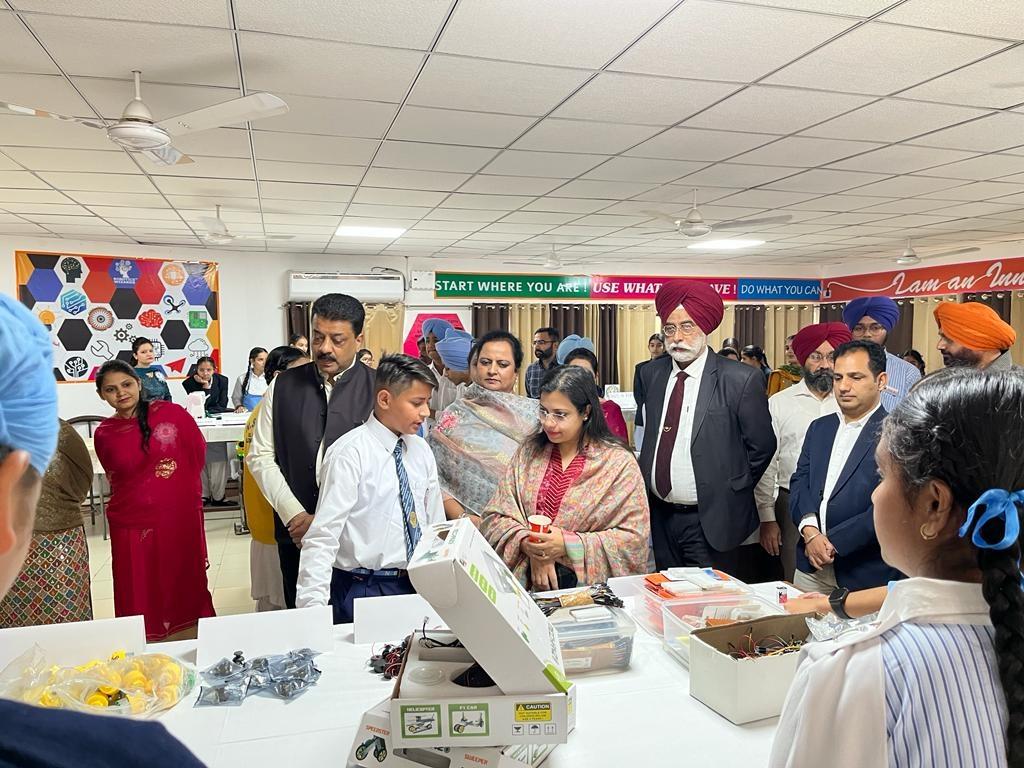 Ludhiana: Deputy Commissioner Surabhi Malik inaugurated the Atal Tinkering Laboratory at Nankana Sahib Public School, Gill Park on Tuesday. The DC took a keen interest in the exhibits prepared by the students, which included a plastic bottle vending machine, a human excretion system, a diamond structure, an assembled touch-tone telephone, a battery-operated jeep, and more. The DC also interacted with the students who said they told him about their various projects on display.

The Regional Center of the University of Punjab, Ludhiana, organized a declamation contest on the occasion of the birthday of tribal leader Birsa Munda. Students presented their views on the contribution of janjatiya heroes in the struggle for freedom during the contest, which was attended by around 100 students. BA LLB third-year student Kirti Bhardwaj won the first position, while second-year students Jessica and Shagun placed second and third respectively in the competition.

The annual convocation of Government College for Girls (GCG), Ludhiana, for the 2020-2021 session was held on Wednesday. Rajya Sabha MP Sanjeev Arora was the chief guest on the occasion. Industrialist Amit Thapar, also president of CII, was the guest of honour. A total of 766 graduate, graduate and post-graduate students obtained degrees in the faculties of arts, sciences and commerce, including honors degrees.

A hawan was performed at BCM College of Education to seek the Almighty’s blessing for new entrants in the 2022-23 academic session. The ceremony began with the chanting of the pious Gayatri Mantra, followed by a hawan. Suresh Munjal, administrator of the BCM Foundation, and directors of allied institutions were present on the occasion. The college principal, Monika Dua, explained the academic and extracurricular achievements of the students during the event.

The Confederation of Indian Industry (CII) and Majestic Autos organized a Skill-Will-Lead program themed event at the Guru Nanak Institute of Management and Technology (GNIMT), Ludhiana. A total of five teams from UBS-PU, GNIMT, GGNIMT, KIMT and GNDEC participated in the event. GNIMT won the top prize in the competition, winning a cash prize worth Rs 95,000. Principal Sandhya Mehta said such competitions help promote skills through an inter-university engagement scheme.

The boys of Green Land School win the title