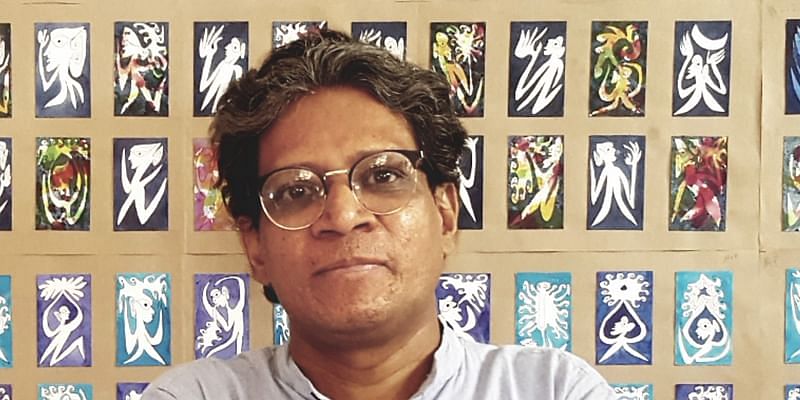 Meet the artist who created 4,500 miniature works of art during containment

Art is the expression of his innermost feelings, and the pandemic has provided artists with a lot of fodder. From absolute beginners to well-established names in the art world, this has been a period of artistic effervescence around the world, with many professionals dabbling in mediums and forms they never had before. had the opportunity or the inclination to explore before.

Suresh K Nair, Assistant Professor, Department of Painting, Faculty of Visual Arts, Banaras Hindu University (BHU), Varanasi, is known for his larger than life art in the form of murals.

When the pandemic put a physical end to his favorite fad, the 48-year-old artist quickly switched to what was most accessible then – miniatures.

â€œOnce, while waiting for my London-Lisbon flight, I noticed a woman walking with the air of a dancer. I felt inspired to draw it, but my sketchbook and drawing materials were checked in with my luggage. Finally, I took my own business card and drew its image on the back of the card … thus arose the artistic idea of â€‹â€‹creating images in a miniature style that fit the limited size of the card. ‘a business card,’ Suresh shares.

How it all began?

Born in a village in Palakkad, Kerala, Suresh discovered his love for art in his high school library when he came across the rich literary magazines of Kerala.

He attributes his art education to Guruvayur in Kerala, Santiniketan in Bengal, and through a Fulbright scholarship, Temple University in Philadelphia.

Each of these institutions has influenced its practice of creating visual elements based on different sources and styles.

From classical dance forms of Guruvayur and writings of Rabindranath Tagore, to traditional music forms, Mexican wall art and other contemporary artistic practices, all find their place in his work. When he finally settled in the bustling city of Varanasi, he also began to incorporate its varied sounds, music and rituals.

â€œThe resonant Vedic song, the evening Ganga arati, the sounds of bicycle rickshaws, the Ramleela of Ramnagar, Drupad Mela and the Kabir festival captivated me with their divine sounds and inspired me to an ensemble of ten thousand designs based on Indian classical music, â€he explains.

Murals became his go-to art form when he joined the Guruvayur Wall Painting Institute. He specialized in traditional Kerala wall paintings by capturing their history, tradition, iconography, aesthetics and techniques.

His great works of art can range from one to six months to complete, depending on the techniques used and the complexities of the space. These works of art are usually commissioned by government agencies or individuals or philanthropic organizations, seeking to offer something to the general public.

His first job was on the Indo-Pakistan border at Wagah, commissioned by an IAS officer from Chandigarh, which was followed by a government-sponsored mural in Nepal to spread the message of peace. Suresh has also created murals for private schools, art galleries, government offices, and temporary structures for literary festivals across the country.

In 2019, he created the Wall of peace with his students from BHU in Cherpulassery, Kerala.

The shift to miniature art

Although the miniature painting started out as an experiment, the lockdown turned it into a cathartic act for Suresh. He shares,

“I found a kind of meditation, and the practice has become a visual mantra that gives a lot of positive energy to the body.”

Just before confinement in March 2020, he was entrusted with a project by the local body of a village in Kerala to provide each villager with a miniature painting as a pledge of brotherhood. The pandemic was unexpected, but he had already invested in around 5,000 interesting maps of Kerala, which helped him keep the work going.

Quite ill at one point during confinement, he locked himself in a room suspected of having contracted the virus. He was nervous and panicked, as it was proving difficult to book an RT-PCR test. Although these are simple allergies to dust, the tension of this period is reflected in his work.

“As I was confined to a room, I worked on 4,500 handmade 2 x 3 inch sized business cards, and it became a kind of autobiographical narration of my experience, expressed through the hundred eight Karnas, the Thousand Buddhas, the traditional Chinese shadows. of Kerala called Pavakkoothu, yoga postures and daily observations, â€he said.

Once the restrictions are relaxed, it plans to distribute this work to each house in the village with the help of the local government, which agreed to provide funds for the mentoring.

â€œMy works are essentially autobiographical. The recent pieces entitled “A Thousand Gestures” in miniature signify the isolation imposed by the global pandemic. I believe art is miniature and minimal at the same time. We all experience minimalist versions of life during lockdown, and my work highlights that, â€says Suresh.

The transition from medium to large to small was not difficult for him, as he used to practice on smaller mediums before attempting large works of art. Interestingly, his entire collection of miniature interlocking paintings comes in the form of a large work and will soon be on display as such at the Birla Academy of Art in Kolkata.

â€œIt will be called the ‘Minimal and Monumental’ show,â€ he proudly shares.

Suresh was recently selected for the prestigious ‘BeFantastic Fellowship 2021’, where he learned new forms of media art such as animation, photography, performance, video art, and the development of artificial intelligence and machine learning.

This scholarship program is organized by the Swiss Cultural Council and the United States Embassy, â€‹â€‹in association with the Goethe Institute / Max Mueller Bhavan in Bengaluru.

Suresh also enjoys collaborating with others on big projects. As an art teacher at BHU, he often invites students to work with him, as well as masons, laborers and locals to help him in the creative process.

Most of his works are done on walls or public spaces, but some are done on paper or canvas, which he is keen to sell to discerning collectors.

However, it is the “Thousand gestures” project it’s really special for him.

â€œI believe this is the first time that all the inhabitants of a village have received paintings from an artist, which makes it a historic project. I will share 4,500 of my miniature paintings with the inhabitants of the village called Vellinezhi Kalagramam. This place was declared an art village by the government of Dr Manmohan Singh in 2012, which provided funds and sponsored more than 1,000 artists who live and practice in 45 art genres here, â€he says.

Prime Minister Jawaharlal Nehru once said that every household in India should have a work of art. Prolific and visionary artist Suresh Nair tries to live up to this legacy.

YourStory’s flagship startup and leadership conference will be virtually back for its 13th edition from October 25-30, 2021. Sign up to receive updates on TechSparks or to express your interest in partnerships and speaker opportunities . here.

Applications are now open for Tech30 2021, a list of India’s 30 most promising tech startups. Apply or nominate a startup to become a Tech30 2021 startup here