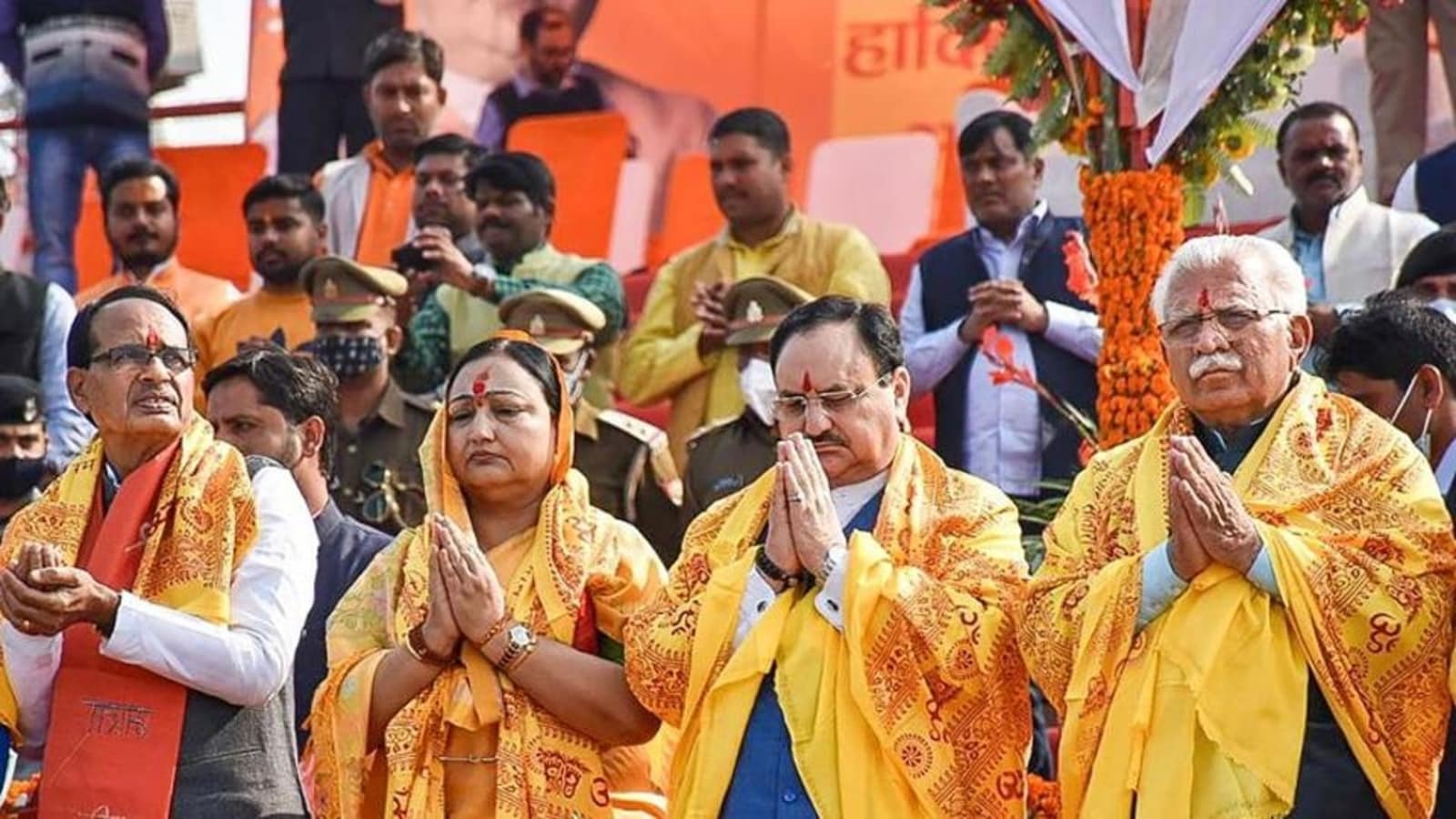 Chief ministers of eight states led by the Bharatiya Janata party and the party’s national chairman JP Nadda on Wednesday paid tribute to Ram Lalla at Ram Janmabhoomi in Ayodhya after reaching the pilgrimage city from Varanasi.

Engineers from Larsen and Toubro gave a presentation of the ongoing construction work of the temple of Ram to Nadda and visiting chief ministers.

Acharya Satyendra Das, chief priest of Ram Janmabhoomi, performed a puja with Vedic rituals as the chief ministers, along with their wives, worshiped Ram Lalla.

Champat Rai, Secretary General of Sri Ram Janmabhoomi Teerth Kshetra Trust, was present on occasion along with other members of the Trust.

After the rituals, Champat Rai informed the head of the BJP and the chief ministers of the ongoing construction of the Ram temple.

Rai took them to visit the Ram Janmabhoomi campus and briefed them on the foundation works which were recently completed. Nadda inquired about the ongoing construction work and their next step.

During the presentation, Rai informed the delegation that the construction works of Ram Mandir will be completed by the end of 2023 and devotees will then be allowed to worship Ram Lalla there.

Earlier in the day, after reaching Ayodhya, Nadda and the CMs visited Swarg Dwar ghat on the Saryu bank to worship the river.

Amid the chanting of Vedic mantras, the priests welcomed the principal ministers and their wives to the ghat where special arrangements were made for the puja.

Sashi Kant Das, a priest, recited Vedic mantras through a public address system and instructed CMs for the rituals. His disciples helped the CM. The debates at the ghat lasted a little over half an hour.

From the ghat, the CM convoy left for Hanuman Garhi temple where Ramesh Das, the chief priest, welcomed them and Nadda. All CMs attended Lord Hanuman’s special aarti. After the aarti, Ramesh Das offered the â€œprasadâ€ to the visitors.

Those present on the occasion included Chief Minister of Madhya Pradesh Shivraj Singh Chouhan with his wife, Goa CM Pramod Sawant with his wife, Biplab Deb from Tripura and his wife, Manohar Lal Khattar from Haryana, Himanta Biswa Sarma from Assam and his wife, Pema Khandu from Arunachal Pradesh and his and N Biren Singh from Manipur and his wife.

The Deputy CMs of Arunachal Pradesh Chowna Mein and his wife, Chandrakant Kavlekar from Goa and his wife, Y Pattan from Nagaland were also present.

Later, the BJP chairman and chief ministers left for Lucknow from Ayodhya airport.