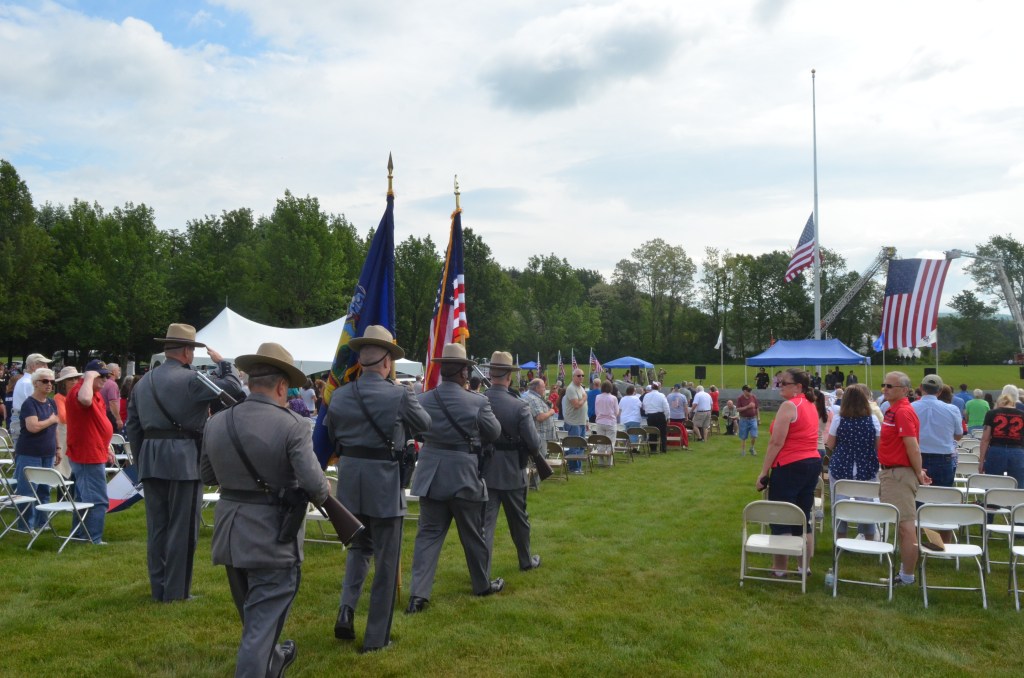 SCHUYLERVILLE, NY – The Gerald B. Solomon National Cemetery held its annual Memorial Day Ceremony on Saturday for attendees and attendees to remember the dead.

The memorial service, held on the grounds of the National Cemetery on Saturday, included remarks from cemetery superintendent Scott Lamb, who served as the ceremony’s keynote speaker, as well as musical interludes, the firing of a military rifle volley, the ringing of the USS Saratoga bell, a cannon salute and tap dancing.

“Every minute of every hour of every day, Americans enjoy the blessings of a free nation. Blessings safeguarded by the selfless service of men and women in uniform who watch over their nation, ready to defend and protect us. evil at all times,” Lamb reminded viewers. “For nearly two and a half centuries, millions of America’s finest citizens have answered the call to duty, raising their hands and pledging to support and defend the Constitution of the United States against all enemies – and to defend it.

“Every freedom we enjoy dates back to the battlefield – from the battles of Lexington and Concord that gave birth to our nation to the most recent conflicts in the mountains of Afghanistan, where forces rooted out terrorists, Americans paid for our way of life by giving theirs.

Lamb continued, “We honor those who paid the ultimate price for me, for you, for the country they love so much.”

Saturday’s event was presented by the Department of Veterans Affairs, which honors veterans and service members with the solemn dignity and respect they have earned through their service and sacrifice. The department operates 155 national cemeteries and 34 soldier lots and monument sites in 44 states and Puerto Rico. More than five million Americans, including veterans of all wars and conflicts, are buried in VA cemeteries.

Responding to US President Abraham Lincoln’s call “to care for the battle bearer”, VA also provides headstones, markers or medallions for veterans buried in state and state veterans cemeteries. territories or buried in private cemeteries.

More information about the Gerald B. Solomon National Cemetery is available online at www.cem.va.gov/cems/nchp/geraldbhsolomonsaratoga.asp or www.facebook.com/NatCemSaratoga.