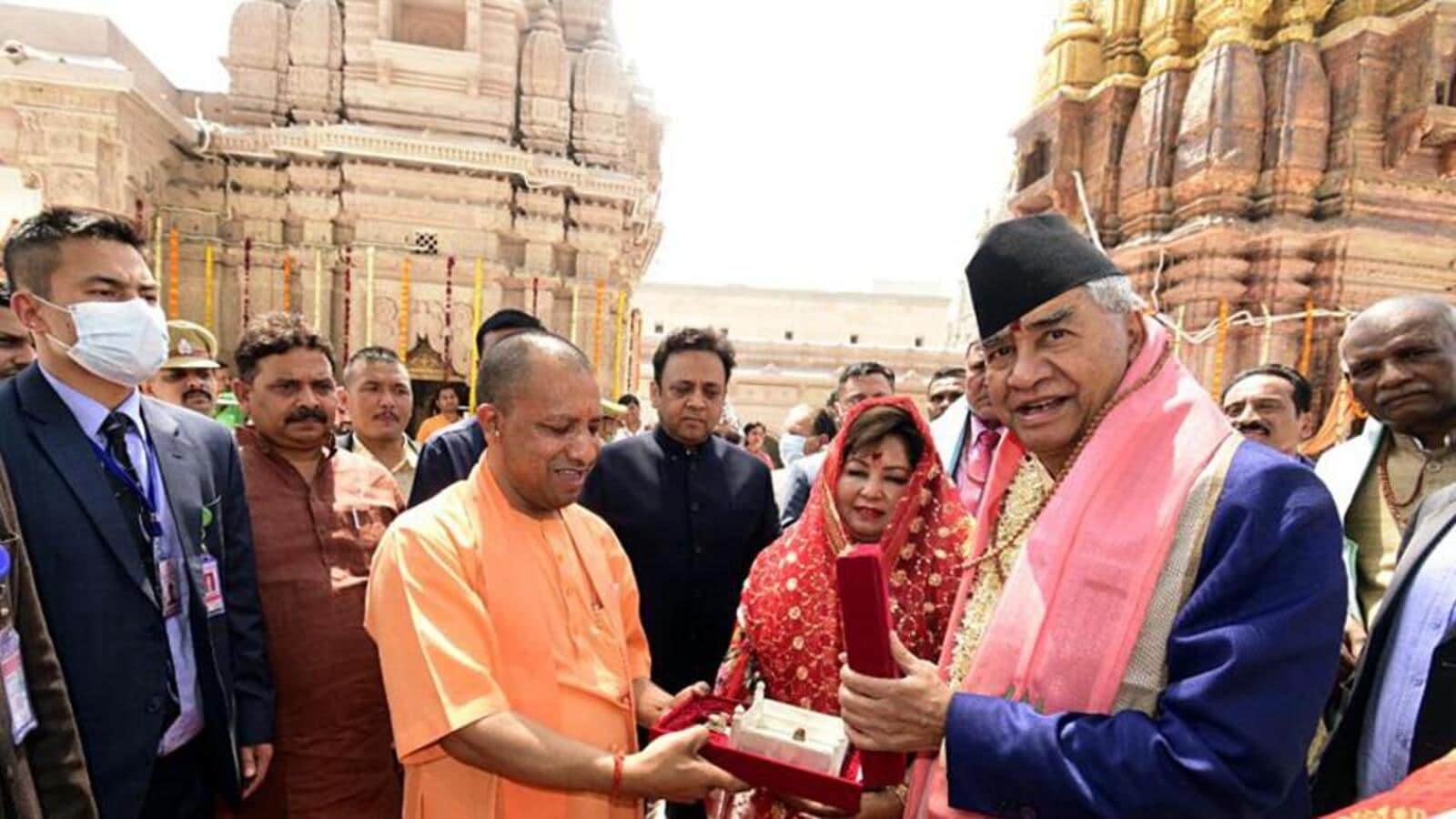 The Nepali Prime Minister and his wife Arzu Rana Deuba arrived in Varanasi earlier today. Chief Minister Yogi Adityanath welcomed the Prime Minister of Nepal at Lal Bahadur Shastri International Airport in Varanasi with a bouquet and an angvastram (stole).

The Prime Minister of Nepal also received a grand welcome on the way from the airport to the city. Cultural programs were presented at 15 locations along the way.

Accompanied by Yogi Adityanath, Sher Bahadur Deuba and his wife arrived first at Kaal Bhairav ​​temple and offered prayers there. Then they proceeded to the Kashi Vishwanath Temple where they received a traditional welcome amidst drumming and chanting of mantras.

“For this, we thank Prime Minister Narendra Modi and UP Chief Minister Yogi Adityanath,” he added.

Yogi Adityanath presented a rosary made of rudraksha beads, in addition to an angvastram (stole), prasad and a replica of the Kashi Vishwanath temple as souvenirs to the visiting dignitary.

The Nepali Prime Minister and his wife also took a look at the Kashi Vishwanath hallway.

Then they proceeded to Samrajyeshwar Pashupatinath temple, also known as the Nepali temple at Lalita Ghat via Kashi Vishwanath and offered prayers there.

The Prime Minister of Nepal also performed bhoomi pujan (groundbreaking ceremony) for the renovation of a retirement home associated with the Pashupatinath temple.

“(Nepalese) Prime Minister Deuba has done the bhoomi poojan for the renovation of the vriddhashram (retirement home) associated with the temple,” said Rahul Kumar, director of the temple.

On behalf of the Pashupatinath Temple Trust, its President Swami Omkaranand, its Secretary Gopal Adhikari and its Director Rohit Kumar presented an angavastram and a prasad to Sher Bahadur Deuba. The Prime Minister of Nepal asked about the welfare of elderly women living in the nursing home. He assured to increase the facilities at the ashram and also in the temple. He revisited Kashi Vishwanath Dham and left afterwards.

Earlier, Sher Bahadur Deuba, accompanied by a high-level delegation, arrived in New Delhi on Friday April 1 for a three-day visit.

This is Deuba’s first bilateral visit abroad after becoming prime minister in July last year for the fifth time after a period of political unrest in Kathmandu.