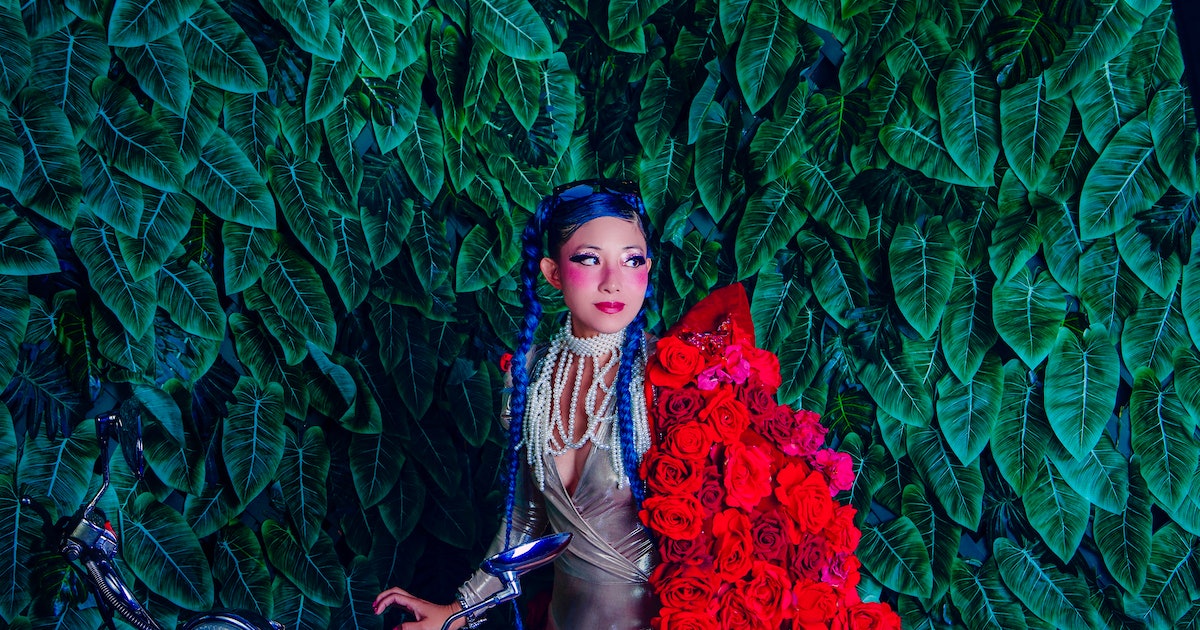 Polartropica presents the music video “Give Them Hell”

According to Chinese culture, the Year of the Tiger is synonymous with strength, bravery, the exorcism of evils and, like every new year, great changes. So it only makes sense that on this first day of the Lunar New Year, NYLON presents the fierce and fantastical “Gives Them Hell (Serial Killer Slayer)” – a music video about empowerment and fighting back from the Los Angeles artist Polartropica (Ihui Cherise Wu), and couldn’t feel more timely.

For many communities, the past few years have been difficult, with the collision of the #MeToo movement, the growing number of AAPI hate crimes, and the constant threat of violence against black trans women and queer people in general. While Polartropica’s “Gives Them Hell” may not be a solution to all of these very real problems, its arrival still feels like a potent, rising antidote – an all-purpose anthem the world needed.

In the rebellious tradition of punk-rock, the track is all about ragged guitars, thumping drums and Wu’s distorted voice as she screams about dismantling the ideas of forced banter and taking charge of her own bodily power. “I’m fighting for my life,” she sings on the chorus through smashing instrumentation. “We are fighting for our lives.” For people who already feel exhausted from living in a system that doesn’t value their lives, Wu’s general chant on the track – “We’ll always give them hell!” – is shouted with such force that it is impossible not to feel the impression of a direct injection of caffeine in the veins.

He arrives with an equally revitalizing video that upends the all-American idea of ​​a “superhero.” Shot in Los Angeles’ Chinatown with a cameo by fashion designer Peter Lai, the Wes O’Connor-directed video features Wu and his friends as local superheroes (their superpowers stemming from different parts of their heritages) fighting crime.

“The music video features five queer superheroes from all different walks of life and their stories,” Polartropica wrote to NYLON in an email. “I was born in Taiwan and spent the first year of my life in the countryside hanging out with my grandmother who sold tropical fruits at the local market. Another superhero in the clip is Violette Dagger, who spent her childhood in her parents’ Chinese restaurant. Peter Lai plays the role of the judge in this underground fight club, where all the superheroes compete to see who is the most powerful who can kill the nameless and unimportant serial killer.

If you ask us, there’s no more auspicious and exciting way to start the Year of the Tiger than to experience “Give Them Hell (Serial Killer Slayer)”. Watch it below and read on for a conversation with Polartropica about the song, music video, why self-defense is crucial, and more.

What are you doing at the moment ? Describe your environment.

I’m recovering from fun and extremely intense wrestling training that my boxer friend Suga Shaw took me to for the wrestling women TV show, so I’m currently in a bubbly sparkling salt bath with roses from a friend celebrating the release of our new single, and snacks – Pocky, Korean pear and a boba iced coffee! There’s a voluptuous cat there named Luna.

“Give Them Hell” is such an anthem. What was the reason for focusing on self-defense for this song?

The song is a reminder that fighting back is not only acceptable, but essential, whenever confronting a serial killer in real life. I also wanted to celebrate the women who lost their lives and empower their families instead of glorifying serial killers, which is what movies, media and the general public continue to want to do. He was inspired by Joy Ruth Armstrong, who was so incredibly fierce and fought back against Yosemite’s killer, leading to his capture and stopping him from killing anyone else.

Often women, gay men, and POCs are taught to “go with the flow” and be polite, not to wave their way out at work or in public instead of speaking out or fighting back when he It is sometimes necessary to maintain healthy boundaries, both in the physical world and in our professions. When it comes to our lives and safety, especially in the wake of the #MeToo movement, AAPI hate crimes, and attacks on black trans women, it’s more important than ever to look out for each other and to feel autonomous in our body and mind! As a musician who periodically took a yoga class, I never thought I would find so much joy and peace of mind in boxing. We are also very lucky in Los Angeles to have organizations like Trans Defense Fund, Reach LA, and Box For Change to host free community self-defense classes.

Why did you decide to tie the release to the Lunar New Year?

The music video was heavily inspired by my AAPI heritage, legendary designer and collector Peter Lai (who is a queer elder from Hong Kong) and his beautiful hairstyles and style, as well as beautiful Chinatown in Los Angeles. I’m so sad to say that for many years I felt ashamed to celebrate Lunar New Year or do anything that might seem ‘too Asian’, being around people from industry and music mostly non-POC. I even had a partner who once said Chinese food was too “greasy and had too much MSG” when I suggested ordering some for Lunar New Year. In recent years, I have learned to love, to appreciate the beauty, the magic and the rich heritage where I come from.

The music video seems like a huge production. What was the best part of filming?

The best part of this video was reuniting with director Wes O’Connor, who was in our last music video “In Another Life”, and a cool Doc Martens mini-doc showcasing our vibrant, queer local music scene. We also found Yoko Okumura who plays Neon Matcha in this music video. Yoko is currently directing her first feature film, and we are to make Polartropica’s very first music video together, “Light Up the Sky”. We had an incredible team and cast of talented friends who came together to make this production. I’m so proud of my team, it was truly a superhuman effort to do the whole shoot with so many scenes, characters, kids and even a few pets in just two days, with all the video shot on an iPhone 13, and animations by Jamie Lew.

I can’t help but also connect the song to the increase in anti-Asian hate crimes over the past year. How did this news affect you and influence the creation of “Give Them Hell”?

I know many of us have been shaken by the racist attacks in Atlanta and across the country during the lockdown. Something particularly striking to me was the bystanders in some of the street attacks, when an elder or anyone was being attacked, often the bystanders would just walk past and try to pretend nothing was happening instead of trying to help. I can understand that it can be scary and I wouldn’t want anyone to put themselves in danger, but I have learned that there are methods for spectators to distract and spread the energy, especially with the power of numbers . I also hope that this song and video can inspire hope and empower us all when things may seem difficult and helpless!

Finally, any resolutions or hopes on your part for the Year of the Tiger?

The Year of the Water Tiger is synonymous with vitality, courage, ambition and generosity. A year for big changes, adventures, being creative and taking risks. My resolution and hope for myself and all of our lovely fans and fellow artists is a fierce and vibrant year of living life to the fullest, chasing your biggest dreams, delicious snacks, and an abundance of love, friendship, joy , money and whatever your heart desires.