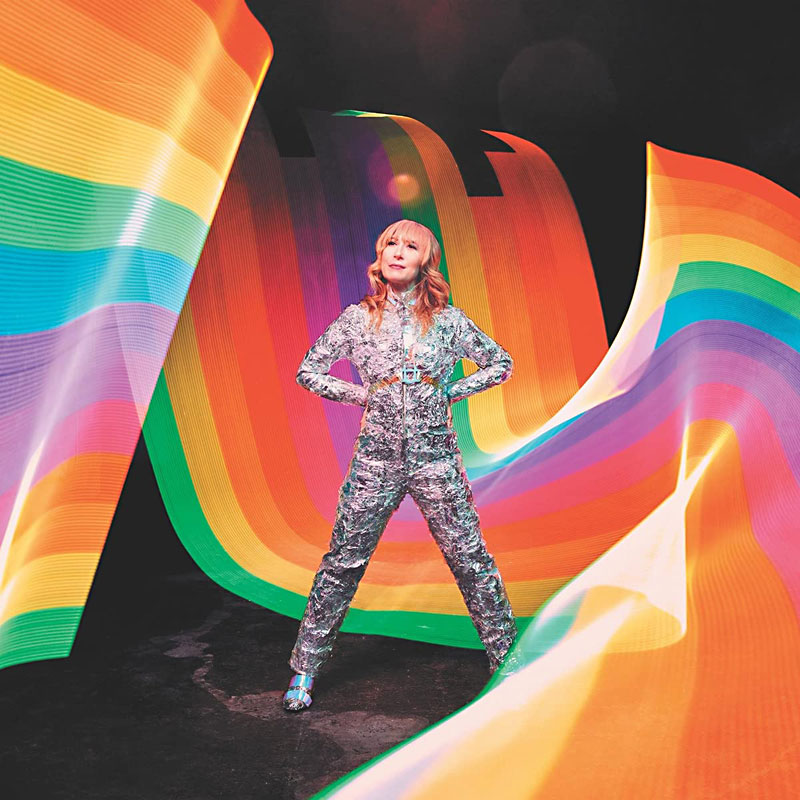 “I’m going to restart“Says Erika Wennerstrom on the centerpiece of the six-minute epic song from Heartless Bastards’ sixth LP. After a five-year hiatus and a lead vocalist solo tour, A beautiful life emerges not only as a reset, but as a breakthrough, both artistic and personal.

Over the past two decades and various incarnations of the Heartless Bastards, Wennerstrom has unraveled a tale of search, desire and escape in his liquid voice and raw, open lyrics. Even from the band’s first formation in Ohio and bluesy garage rock from the 2005s. Stairs and elevators and 2006 All this time, Wennerstrom shot cathartically towards a deeper and elusive purpose and meaning.

In retrospect, each album establishes a clear mapping of landmarks along Wennerstrom’s long and great awakening. The mountain rises with its own rebirth after the band relocated to Austin, a catchy statement of independence and reveling in the uncertainty of change.

Arrow (2012) and The restless (2015) then burned down along the open road, Wennerstrom turned to the endless horizon but, inevitably, still only finding himself. In the meantime, the songwriter continued to recreate her group, traveled the Amazon on an ayahuasca retreat, and began to look within herself for change and purpose (see “Restless One” , June 12, 2015).

Self-reflection peaked in the 2018 solo release Sweet Unknown. The album is overflowing with a sense of gratitude, self-awareness and acceptance. “I think it’s uplifting because I found strength in my vulnerability,” Wennerstrom told the the Chronicle upon release, and songs like “Letting Go”, “Be Good to Yourself” and “Good to Be Alone” reinforce self-care mantras.

This arc to healing leads directly to the triumph of A Beautiful life. From the start, Wennerstrom is appealing to the outside in a way that it has never done before. The opening track “Revolution” – winner of last year’s Austin Music Award for Song of the Year – insists “the revolution is in your head“as he lashes out in psychedelic” White Rabbit “fury, with an urgency that breaks with previous Wennerstrom solipsisms.

Likewise, on the high and stunted chords of “How Low”, asks “Can people come together and help each other?“in the face of greed and social injustice.”Let’s fill up with love“she demands, Wennerstrom’s vision of radical self-esteem resonating like a provocative political statement.

Easily her most emphatic work in terms of lyrics, the album also proves that she is the most adventurous musically. Co-produced with Kevin Ratterman, Wennerstrom draws on the familiar backing of Jesse Ebaugh and Lauren Gurgiolo as the sound swirls with touches of ’60s folk and pop psyches. “When I Was Younger” intoxicates with a swooning string quartet against the booming meditative percussion of talented new drummer Greg Clifford, and David Pulkingham’s guitar laces “You Never Know” with a surprising French pop sensation from FranÃ§oise Hardy. Elsewhere, “Went Around the World” carves out new territory as the strings cut sharply into dark, quivering rhythms, and “River” flows provocatively with Fared Shafinury’s Persian setar and Andrew Bird’s violin in the beautiful blessing of “Dust”. Closer “The Thinker” listens to Karen Dalton or Judee Sill in her sparse relaxing meditation.

Fragments of familiar songs float through Wennerstrom’s spiraling chants, reused as a meaning-reconstructing album (“All you need is love“;”No need to sit and wonder why, baby it don’t matter now“). Yet they pastich more as collective points of contact, anchoring its calls to action amid the ambiguities of terminally ill capitalism.”Let’s build an army and fight fear with love“, she pleads through the changing psychological journey of” Photography “.

While certainly not the cornerstone of Wennerstrom’s extraordinary personal and artistic journey, A beautiful life reaches a new high for songwriter and marks a remarkable turning point on a new path forward.

My practice is slow and steep