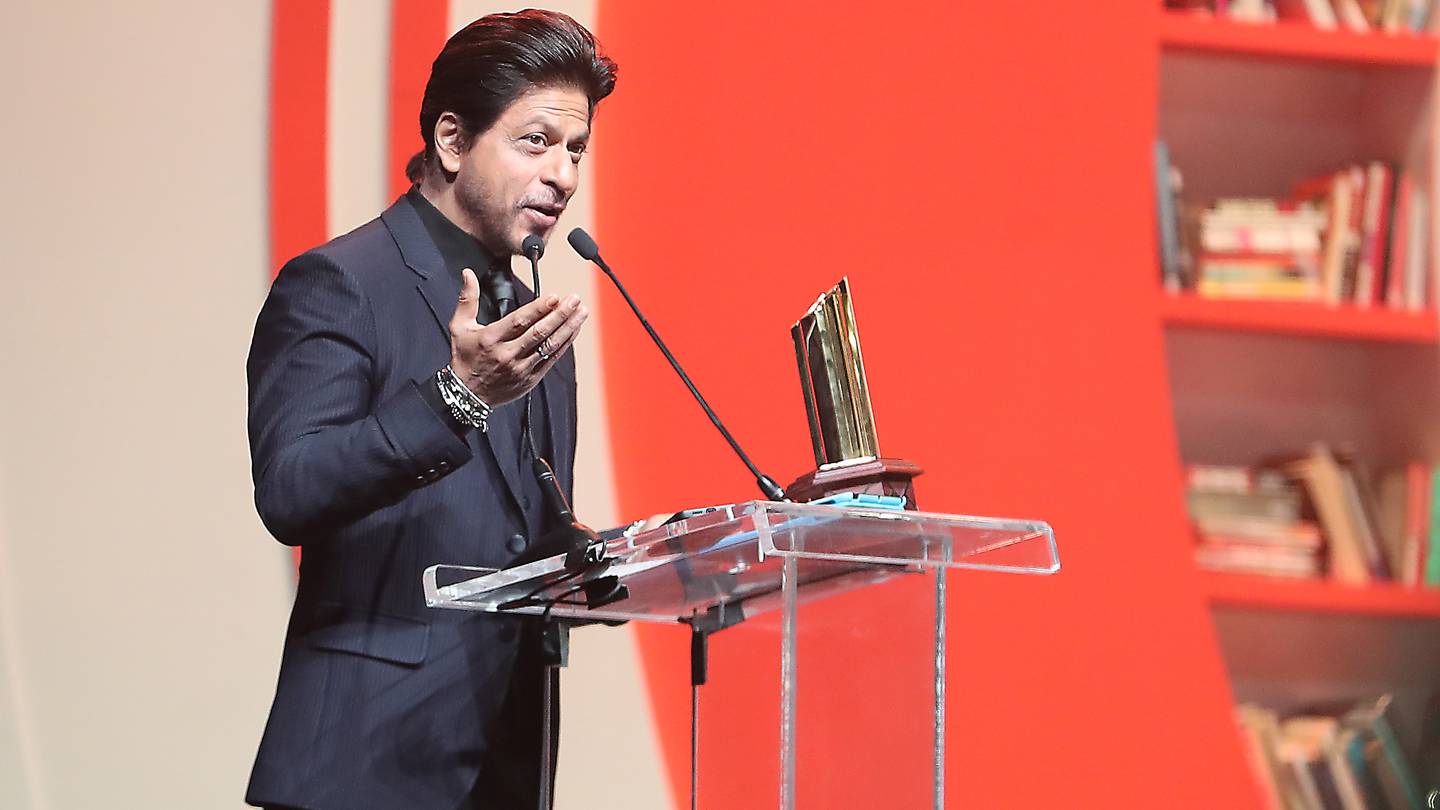 One of Bollywood’s most popular actors, Shah Rukh Khan has been honored at the 41st Sharjah International Book Fair (SBIF) with the top award for Global Icon of Cinema and Cultural Storytelling presented at the festival .

Khan was greeted by a crowded auditorium of fans who had been waiting for the star in queues, chanting his name, for 12 hours. Dressed in a black suit, Khan accepted the award from Ahmed Al Ameri, chairman of the Sharjah Book Authority, and Khawla Al Mujaini, general coordinator of the SIBF.

In his acceptance speech, Khan commented on the importance of arts and culture, which have the ability to transcend differences between continents.

“Arts and culture enable love, peace and compassion by taking us on visual journeys,” he said.

“Events like the Sharjah International Book Fair are platforms for stories to be told through the values ​​of nations and cultures. They help us remember what we have in common and inspire hope for a better world.

The SIBF Award honors individuals whose career endeavors have transcended cultural barriers and whose contributions to the arts have created cultural connections across borders.

It seems fitting that Khan is the first recipient of the award: not only an avid reader, Khan has also acted in over 80 films throughout his 30-year career and has a large fan base not only in India and among the Indian Diaspora. but also in Europe, the Middle East and the United States.

From his very first film Deewana in 1992, Khan established himself as the king of romance, teaching an entire generation that love triumphs over all challenges through a series of blockbusters, including Dilwale Dulhania Le Jayenge, Devdas and My name is khan.

Khan will also star in the highly anticipated Pathan directed by Siddharth Anand as well as in Deepika Padukonescheduled for release on January 25, 2023.

“I don’t think I need to be nervous,” Khan said when asked about Pathan’s out next year.

Khan clarified that his confidence in the film’s success is tied to a personal mantra: do your best in the moment and manifest the most positive outcome through hard work.

“Because if I didn’t know that at the end of the day I know I’m going to make a great product that a lot of people will like, I couldn’t do it. So it’s not an arrogant statement. That’s what I believe, as I sit here – it’s a childish belief that I’ve done my best.

Khan also took a moment to offer some advice to the many young viewers, emphasizing the importance of kindness and honesty.

“In all the troubles you face in life, keep an honest and gentle heart,” he said.

Khan also spoke about Sharjah and the development of the UAE over the years, calling it impressive and “top-notch”.

He was particularly excited about how the UAE has welcomed different cultures into the country.

“They allow people to come from the rest of the world,” he said. “And bring their culture and make it a part of this real international metropolitan world center that they’ve created.”

The first day of the Sharjah International Book Fair, at the Expo Centre. Pawan Singh / The National

India Tour of New Zealand: Umran Malik sweats it out in the gym with special fitness drill ahead of T20 series against New Zealand