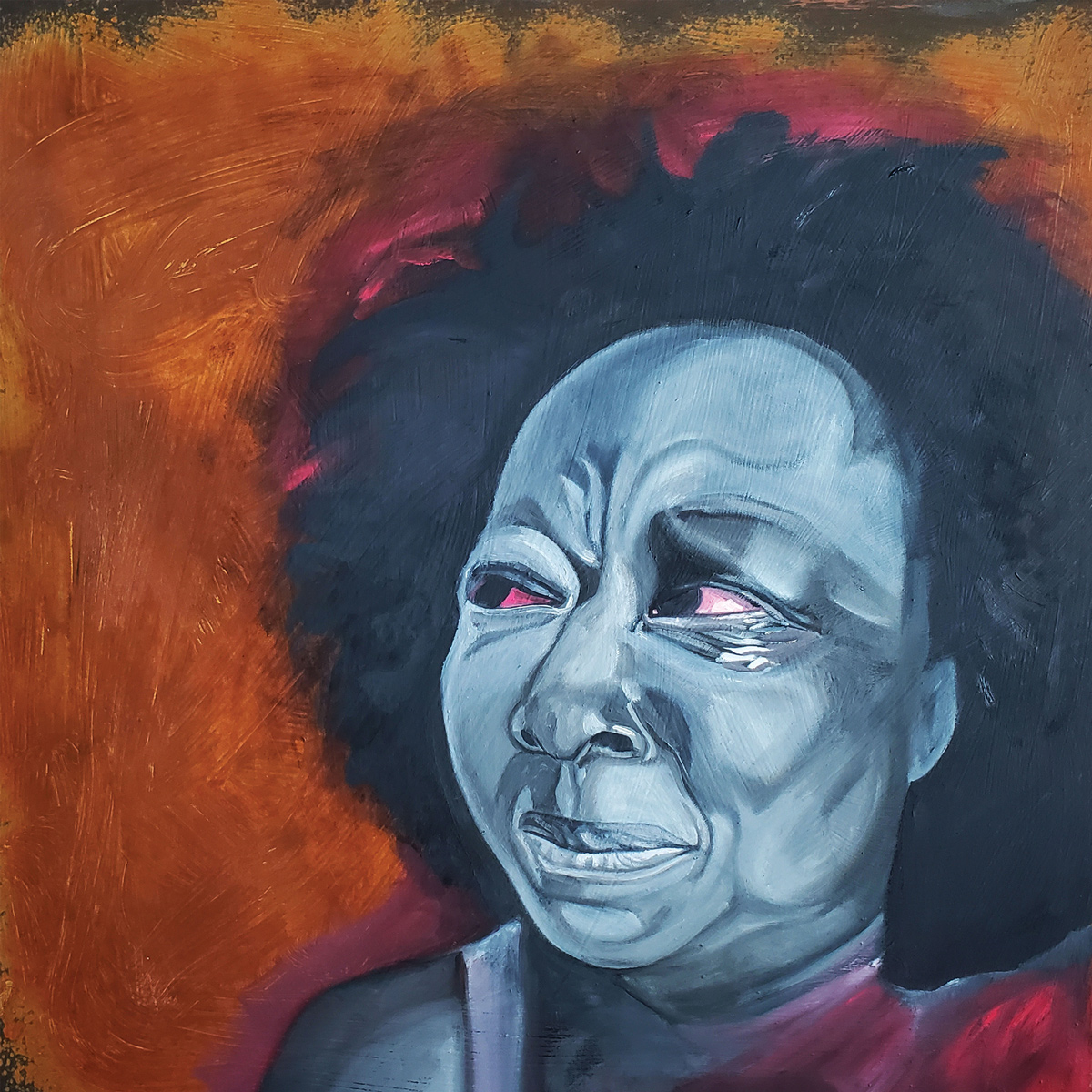 “Strength as a woman is divine” – Armisey Smith

Activism. This is what comes to mind when looking at the works of Armisey Smith. Her paintings, sculptures and murals inspire and empower while teaching activism and resilience.

Originally from Brooklyn, New York, and a graduate of Parsons School of Design and Pratt Institute, Armisey Smith now lives in Newark, New Jersey, where she teaches and makes art. She has been the lead artist for several public art mural projects in New Jersey. Her work has been exhibited in galleries and museums across the tri-state area.

“Strength as a woman is divine,” Armisey Smith writes in her artist statement. “Sometimes there is vulnerability, but the strength is always ready to come to the surface. As a female artist, especially a woman of color, it’s difficult to navigate the multi-layered realms of racism, sexism, homophobia, etc., but you push through it to become a more evolved person. The brush, canvas, pencils, charcoal, etc., are the place to express feelings – to place them back in the universe with the hope of forgiving others and oneself.

One of the standout bodies of work is the Side-Eye, Pink-Eye painting series, which has multi-layered symbolism. “The spark in creating this segment of the series was in direct response to the pandemic in conjunction with the murders of African American men and women at the hands of white police and ‘vigilante’,” Smith wrote at this subject.

Smith’s Side-Eye, Pink-Eye series is a direct response to white people’s behavior towards others during the current coronavirus pandemic. “It felt like there was an absence of empathy for others, for people, especially people of color, living with pre-existing medical conditions that can, in turn, put them at greater risk. to contract the virus,” she said. “This lack of empathy during the pandemic is very concerning.”

And so, after George Floyd, she felt compelled to do something. She asked her friends if they wanted to participate in a project with her. In high school and then in junior high, she painted her eyes a lot. After all, you can tell a lot about a person by looking them in the eye. Then, pink, the color, has multiple, symbolic connotations. So, she explained the background of her project to her friends and asked them to take selfies and share with her. Then she would paint “their likelihood” based on those selfies. And that was the start of the Side-Eye, Pink-Eye series.

Looking at these portraits, these selfies, “I could feel the angst, the worry, the why now or why never and why here,” she says, “I just saw all of that in each of the portraits, and it that’s how I felt too.

“There was so much pain, anger and bone-fatigue from all the machinations of institutionalized racism swimming in their eyes,” she wrote in her artist statement. “I painted them, adding outline and meaning, leaving the introduction of pink to their eyes for last as a final statement of all the elements that can kill us, but bind us together in an unbreakable brotherhood.”

One image the artist has connected with is called “Loretta’s Child”, a painting of her friend, who lost her mother, Loretta, to COVID at an early age. Smith herself lost her mother years ago. Thus, this image was one of the first in this series and the artist feels particularly attached to it.

Another piece that stands out is “Mama”, based on a selfie of a friend of hers who also took part in the project. “I asked each participant to title their pieces, so they could have authority over their work,” Smith explains, “and so she said ‘Mom’ thinking of [George Floyd] calling his mother. It’s amazing and it resonated with me.

“Would You Step on My Neck, Too” is yet another powerful piece Smith created in response to the murder of George Floyd. “I’ve experienced racism all my life, on a micro level,” the artist says, and she felt compelled to create this piece and work on it for hours, nonstop before you finish it. “I just felt compelled to talk about it, because I think some people don’t understand how precarious it can be; only one small situation can propel us into a dangerous or deadly situation – being stopped by cops under the false pretense that your brake lights are out because [you’re] driving in a suburban neighborhood, or not [knowing] what will happen to you if you walk down the street on a bad day…”

Working on and completing his series of Side-Eye, Pink-Eye portraits was something Smith had to do. “I guess it’s more of a constraint and it takes different degrees of that constraint to create something.”

The creative process associated with making art involves the choice of medium and materials, Smith explains. Sometimes it’s about thinking about it and pondering what approach to take in creating the artwork. “And then I go, I immerse myself in this particular medium.”

Recently, Smith has begun to explore the meaning of time, seen through the eyes of his ancestors. The inspiration for this new project was a bowl on display at the National Museum of African American History and Culture, in Washington, DC – a bowl on which a slave had carved marks, each mark for each year of slavery.

Smith explains that, for African Americans, time “is very disjointed” because “our time was interrupted when our ancestors were stolen from Africa.” And so, inspired by the markings on this bowl, she began to create what she calls “a time series, using watercolor and ink markings.” It’s very cathartic, almost like a mantra, a chant trying to connect with my ancestors.

Armisey Smith’s work is often inspired by history, black history in particular. But the artist, above all as an artistic educator, also contributes to forming new generations of artists. She advises budding artists not to compare themselves to other artists because they could fall into a “mental trap”. [Instead,] allow yourself to change and evolve,” she says. “As an artist you are here to create, so create, improve your craft, challenge yourself.”

As an artist, Armisey Smith continues to challenge herself and create powerful works of art through which to inform, encourage, inspire and empower.

How to Spend a Day in Chinatown, NYC