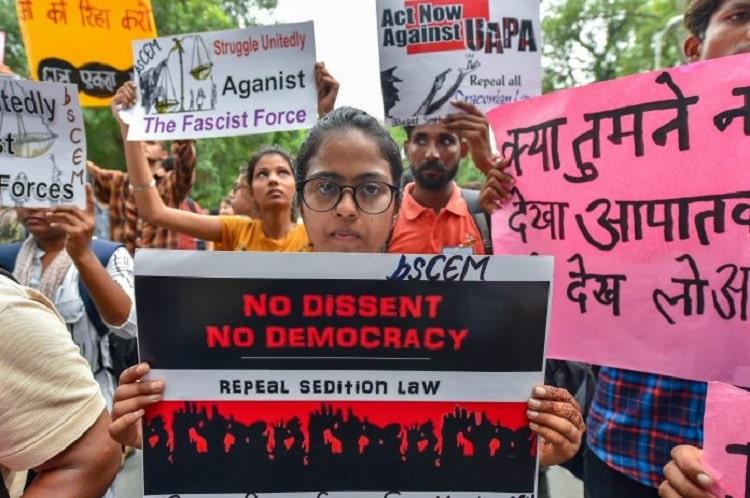 In a landmark order, the Supreme Court on Wednesday instructed the Center and the States not to register any cases of sedition under Section 124A of the Indian Penal Code pending a colonial law review exercise.

“It will be appropriate not to use this provision of the statute until the review is completed. We hope that the Center and the States will refrain from registering an FIR under 124A or initiating proceedings under the same until at the end of the reconsideration,” said a bench of three judges headed by CJI NV Ramana ordered.

“It is clear that the central government agrees that the rigors of Section 124A are out of step with the current situation and were intended for when the country was under colonial rule. Thus, the Center can reconsider it,” said the bench – which also included justice. Surya Kant and Judge Hima Kohli – noted.

The higher court said, “If a new case is filed under IPC Section 124A, the defendant may apply to the relevant court for relief.”

He said the courts would grant relief to these defendants taking into account his order as well as the position taken by the Center to reconsider the law due to its flagrant abuses.

Noting that the Union of India was free to issue a directive, the bench said its order will remain in effect until further notice and released the case for a rehearing in the third week of July.

During the hearing, the Center had opposed the suggestion to suspend the operation of the Sedition Act under Section 124A IPC.

Solicitor General Tushar Mehta has instead proposed that future FIRs under IPC Section 124A should only be filed after review by the Superintendent of Police in pending cases, courts may be asked to expeditiously consider implementation. bail.

But the bench – which had asked the Center on Tuesday to clarify whether all sedition cases filed across India could be kept in abeyance until the IPC 124A review is complete – n disagreed with Mehta’s submission.

“It would be appropriate to suspend the provision,” the high court said.

Section 124A states that a person commits the crime of sedition, if he brings or attempts to bring hatred or contempt, or incites or attempts to incite disaffection towards the government established by law in India. It may be by words, spoken or written, or by signs, or by visible representation, or otherwise. It prescribes the maximum penalty of life imprisonment.

The sedition law was not in the original ICC, which came into effect in 1862. It was added to the Code in 1870 and expanded in scope in 1898 in an effort to crush the liberation movement.

In July 2021, the CJI had asked the Attorney General to clarify whether this law was still necessary after 75 years of independence. The sedition law was used by the British against Mahatma Gandhi, Bal Gangadhar Tilak and is now being misused without any government accountability, he noted. “The government has repealed a number of laws…I don’t know why you don’t look into that,” asked the CJI.

Petitioners challenging the validity of Section 124A of the IPC included the Editors Guild of India and former Major General SG Vombatkere, former union minister Arun Shourie and journalists Kishorechandra Wangkhemcha from Manipur and Kanhaiya Lal Shukla from Chhattisgarh.