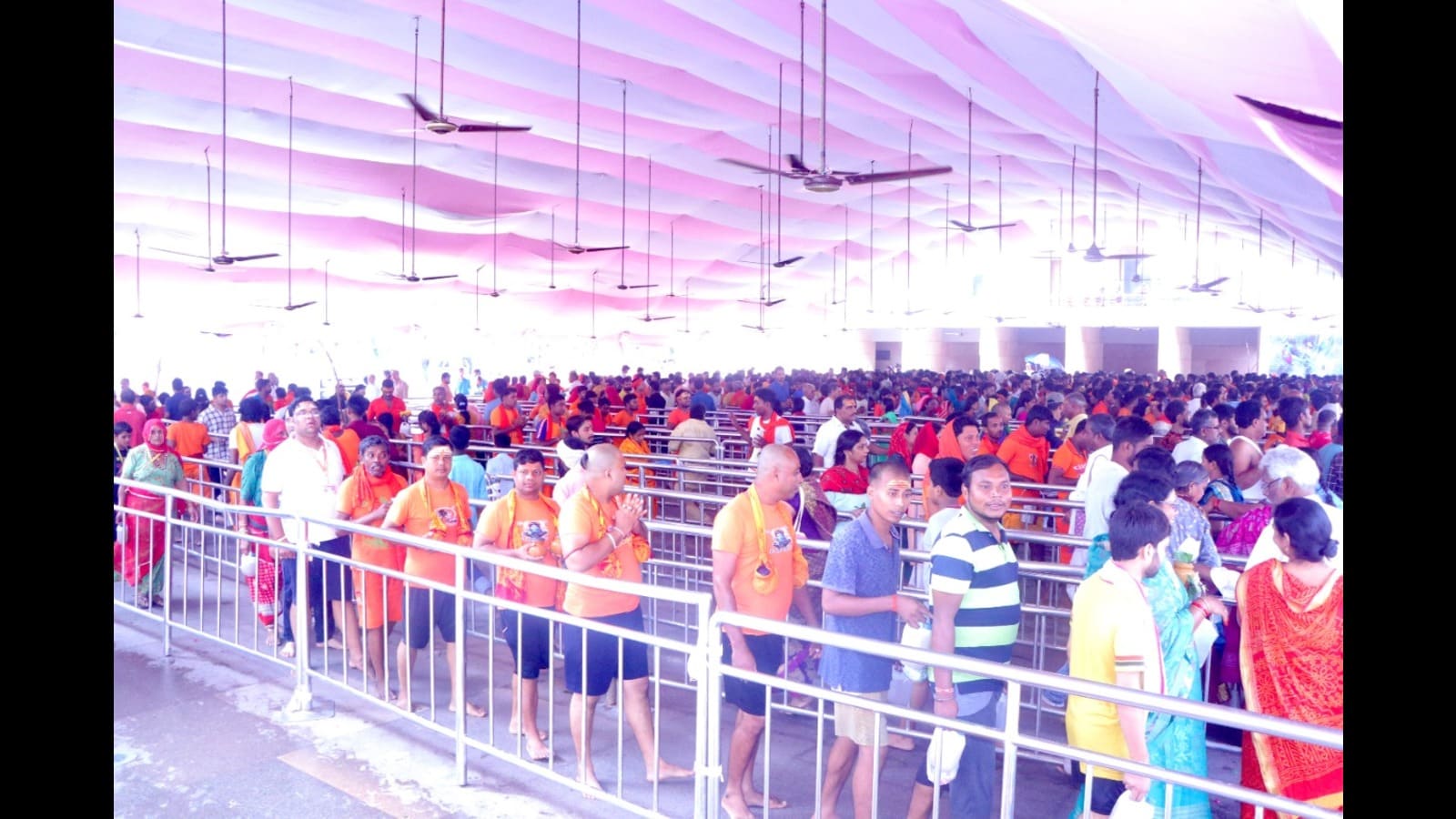 Thousands of devotees offered prayers at Kashi Vishwanath Temple on the third Monday of the month of Shrawan. Chanting Har Har Mahadev and Bam Bam Bholey, many devotees stood in long queues while others were seen walking from the ghat to the sanctum sanctorum of the KV temple. Several of them were seen dancing to devotional numbers dedicated to Lord Shiva.

The administration rolled out a red carpet welcome for worshipers at Kashi Vishwanath Dham and several arrangements had been made for them, including a drinking water facility.

Meanwhile, traders from Vishwanath Gali, Varanasi, offered water, which was collected from 12 rivers and three oceans mixed with Nagkesar, to Baba Kashi Vishwanath.

Water of the Ganges, Yamuna, Saraswati (Triveni-Sangam), Kaveri, Tapti, Brahmaputra, Alaknanda, Varuna, Godavari, Kshipra, Sindh, Krishna, Narmada as well as the three oceans Mahanad (Gangasagar), the Arabian Sea as well as the water from the Indian Ocean was collected. With the wish of world welfare, water from 12 rivers and 3 oceans was kept in separate urns and “Nagkesar” was mixed in them.

The traders gathered at Chittaranjan park and went to Dashashwamedh Ghat and picked up Gangajal in their ships. Amid the chanting of Har Har Mahadev and the playing of damroos (pellet drums) and the blowing of conch shells, the traders reached Baba Kashi Vishwanath temple where they offered Ganga Jal to Baba Kashi Vishwanath amid the chanting of mantras by 11 Vedic scholars.