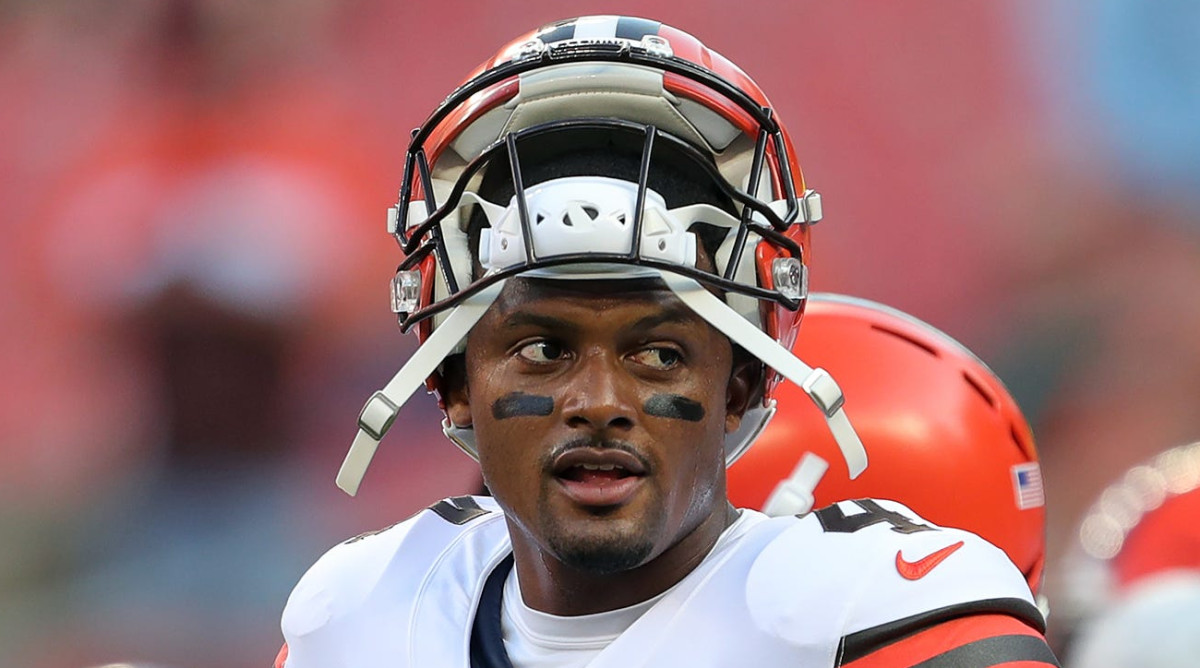 Editor’s note: This story contains accounts of sexual assault. If you or someone you know is a sexual assault survivor, contact the National Sexual Assault Hotline at 1-800-656-4673 or at https://www.rainn.org.

A civil lawsuit was filed Thursday against Browns quarterback Deshaun Watson in Texas, saying he “attempted to solicit sexual acts from the plaintiff, including intercourse,” according to the Harris County filing.

This filing by a Jane Doe comes less than two months after the NFL and NFLPA agreed to suspend Watson for 11 games and fine him $5 million for alleged sexual misconduct.

This new file details a December 2020 meeting in a hotel room. Similar to previous lawsuits filed against him, Watson reached out to Jane Doe via direct message on Instagram, and according to the petition, the two met for a massage at the Houstonian Hotel, Club & Spa.

During the massage, the record states that “Watson removed his towel and offered to let her ‘get on top.’ The plaintiff refused to have sex with Watson, however, he managed to force her to having oral sex with the defendant.” He would then have paid her $300, whereas his hourly massage rate was normally $115.

This isn’t the first lawsuit to be filed against the quarterback; however, it was filed with a different law firm than the two dozen other cases Tony Buzbee filed from March 2021 to June this year. The stories in these cases range from Watson refusing to cover his genitals to the quarterback “touching [a plaintiff] with his penis and trying to force her to perform oral sex on him.

The charges against Watson in Thursday’s filing are civil assault and intentional infliction of emotional distress. The quarterback returned Monday to the Browns facility for the first time since his ban began Aug. 30. He is not allowed to practice with the team until Nov. 14 and is expected to return from his suspension on Dec. 4 against the Texans.

He maintained his innocence and denied previous allegations against him.