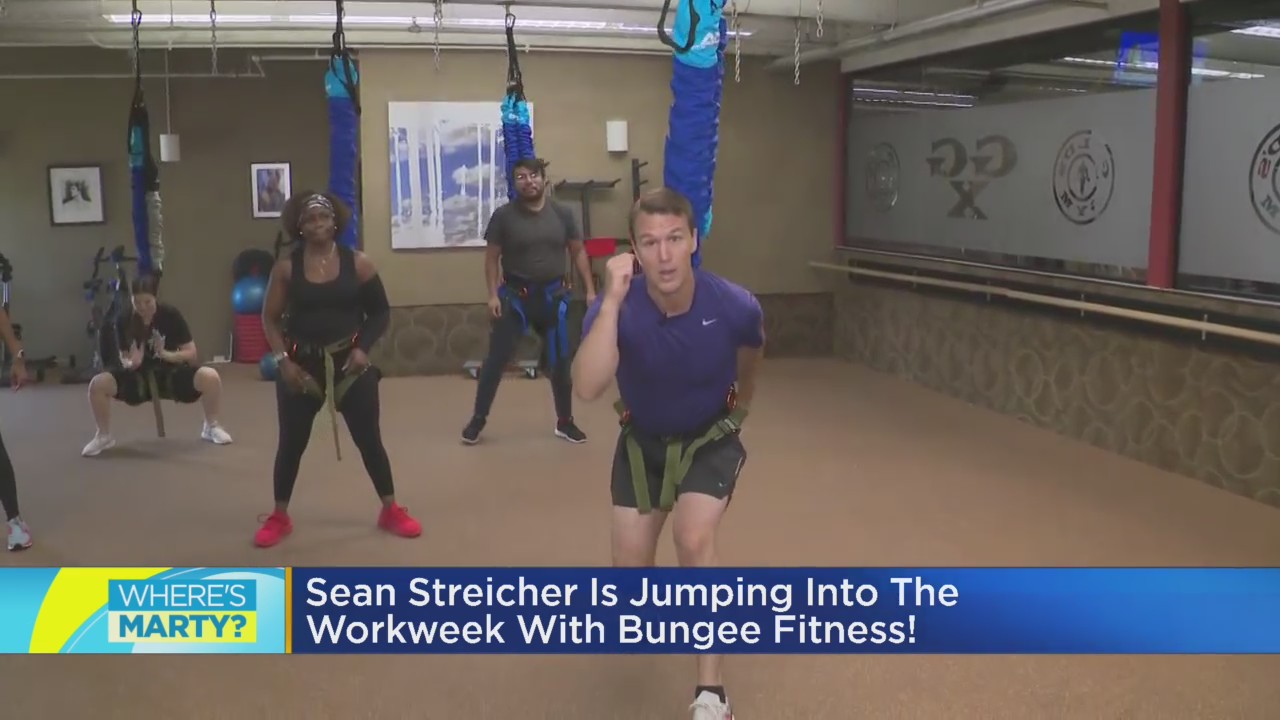 Where’s Sean? Learn more about Bungee Fitness with Gold’s Gym CroftonWhere’s Sean? Work out with the help of bungee cords and great instruction at Gold’s Gym in Crofton.

Where’s Sean? Jump into the work week with Bungee FitnessWhere’s Sean? Work out with the help of bungee cords and great instruction at Gold’s Gym in Crofton.

Coffee with: 5K race kicks off countdown to June 19Baltimoreans are counting down the days until Juneteenth. Maryland’s Seed School celebrated the Federal holiday with a 5K run on Sunday.

Baltimore Buzz: Cafe Dear Leon Highlights New Items on Its June MenuWant to broaden your culinary horizons? Cafe Dear Leon might be the place to do it. The cafe has several new additions to its menu, including an Ispahan Danish Rose Lychee Iced Danish filled with a mixture of berry jam and raspberry cream, and topped with gel-filled raspberry and lychee slices.

Woman found dead in Southeast Baltimore after man reported shooting her fiancé, police sayHomicide detectives are investigating a fatal shooting after a man contacted authorities to report he shot his fiancé on Sunday, authorities say.

First responders pull body of water in Baltimore’s Northeast ParkHomicide detectives are investigating the circumstances surrounding the discovery of a body in a creek in northeast Baltimore on Sunday, authorities say.

Hagerstown Church Community Gathers to Pray for Columbia Machine Shooting VictimsPeople gathered at a church in Hagerstown, Maryland, on Sunday to pray for the lives lost in a mass shooting at a manufacturing plant in Smithsburg, Maryland.

Western Maryland Residents Hold Candlelight Vigil to Honor Smithsburg Shooting VictimsA community in western Maryland held a candlelight vigil on Saturday to honor those who were shot and killed on the job earlier this week.

The redesigned Druid Hill Park Pool is officially open for the summer seasonSwimmers plunged into their summer activities at one of the city’s most popular park pools, which reopened on Saturday after a major overhaul.

Brooke Burke on keeping her brother Tommy’s legacy alive after obesity battle: ‘He should still be here’