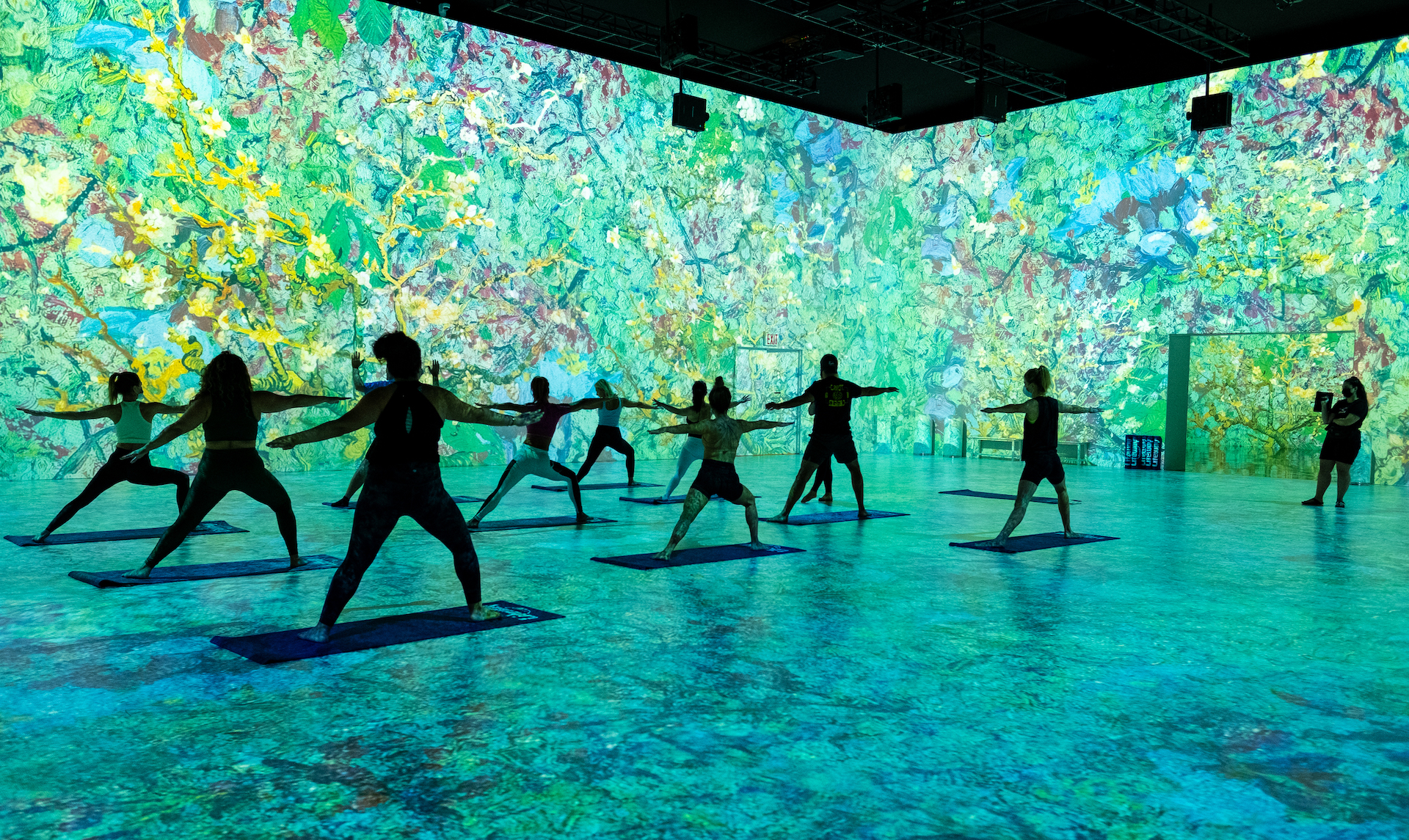 Would you like Van Gogh in yoga? (Lighthouse) – Twin Cities Arts Reader

The phenomenon of immersive art Van Gogh is sweeping the world. According to Lighthouse Immersive, the company behind the Immersive Van Gogh exhibit in Minneapolis, those numbers add up: some 3.2 million people have seen its exhibitions until there. But where do you go after dancing in the olive groves of the Dutch painter Vincent Van Gogh (1853-1890) and bathed in Starry, Starry Night? Lighthouse has an answer: a yoga class.

Yoga is, of course, another phenomenon sweeping the world. By some estimates, more than 36 million Americans now practice this ancient discipline for the fitness of mind and body (if not necessarily for the spiritual discipline with which it is also associated in India) – about double the number 12 years ago. Add yoga mats, yoga pants and yoga classes, and it’s a big deal. Many yoga practitioners are known for their devotion, seeking intensive yoga retreats and yoga vacation packages to keep things fresh.

If yoga and Van Gogh are a natural pair from a business standpoint, does it work (or lead to training) in practice? To answer this question, Arts Reader sent two staff members to northeast Minneapolis to participate in a yoga class while the Immersive Van Gogh Experience played around them.

The first things you should know are that there are no locker rooms or juice bars; you must bring your own mat and arrive dressed to leave. At press time, classes are all held early in the morning: 9 a.m. Thursday, 8:30 a.m. Friday and 7:30 a.m. Saturday and Sunday. The soundtrack of the exhibition is refused for lessons, so you can ignore the hearing protection normally recommended. As you enter the gallery, the lights are dimmed and the instructor guides you to arrange your rugs in a circle, to sit downâ€¦ and the class and the exhibition begin together.

The immersive Gogh yoga classes with Lifeway Kefir (say three times faster) are advertised as accessible to people of all fitness levels, which corresponded to the Thursday morning class. No prior knowledge of hero or boat poses is required; the instructor named specific poses and explained how to do them the first few times. Soon you take on familiar poses and see your eyes wander as the walls around you transform into animated versions of Van Gogh’s famous canvases. The 35-minute course goes quickly; it could easily last an hour, with another exposure loop. It is a comfortable and gently stimulating environment, with less normal bodily self-awareness since your own eye is naturally drawn to the images brilliantly projected on the walls, not your classmates.

Upon completion of the course, participants are offered a bottle of kefir (a fermented milk drink), courtesy of Lifeway Series Sponsor Kefir. You have the option of staying to watch another loop of the exhibit that unfolded during your course. If you choose this option, the whole experience is added to a one hour stay. At $ 54.99 a class, I’d say sticking around to watch the exhibit is pretty much mandatory: the class is fun, but you’ll want what you pay for and get a better look at the viewing experience.

Lifeway Kefir Immersive Yoga Class From Thursday to Sunday until October 31 at the lighthouse (1515 Central Ave NE, Minneapolis, MN 55413). Masks are mandatory at all times; bring your own mat.

Basil Considine is the editor-in-chief of Twin Cities Art Reader. He was editor-in-chief of the performing arts and senior critic of classical music and theater for the Art reader‘s first five years before succeeding Hanne Appelbaum. He was previously the resident classical music and theater critic at the Twin Cities Daily Planet and remains an occasional contributing writer for The Boston Musical Intelligencer and The Chattanoogan. He holds a PhD in Music and Drama from Boston University, an MA in Sacred Music from the BU School of Theology, and a BA in Music and Drama from the University of San Diego.

Basil was named one of the Musical america‘s 30 professionals of the year in 2017. He was previously the regional governor of the North Central region of the National Opera Association.

Should you exercise when you are sick? An expert reveals the answer